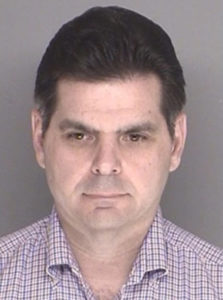 The investigation began following a complaint by victim Robert Zemeckis that he had paid Melchiori Construction Company several hundred thousand dollars to remodel his home, but the defendant illegally used the money for his own purposes. After an exhaustive investigation, the District Attorney’s Office found that Melchiori had used Mr. Zemeckis’s money to finance his own lavish lifestyle and to fund other projects. With the assistance of both the California Department of Insurance and the California Department of Industrial Relations, the District Attorney’s Office also found Melchiori had been under paying his workers on public works projects to finance his lifestyle, and that he had been funneling money through various companies to cover up his crimes.

According to the Santa Barbara County District Attorney’s Office, the hard work and dedication of Deputy District Attorney Casey Nelson, District Attorney Investigator Patrick Adams, California Department of Insurance, Criminal Investigations Branch, Fraud Division, and the California Department of Industrial Relations, Division of Labor Standards Enforcement throughout this investigation allowed for the successful prosecution of this case. A hearing for sentencing in this matter is scheduled for January 8, 2020. Melchiori faces a maximum sentence of 9 years, and 4 months in state prison.

“Thank you to the investigating agencies, investigators and detectives who worked this case until justice was served,” said California Statewide Law Enforcement Association (CSLEA) President Alan Barcelona.  “These cases can be lengthy and complicated, but when agencies call upon one another for their expertise, much can be accomplished.”