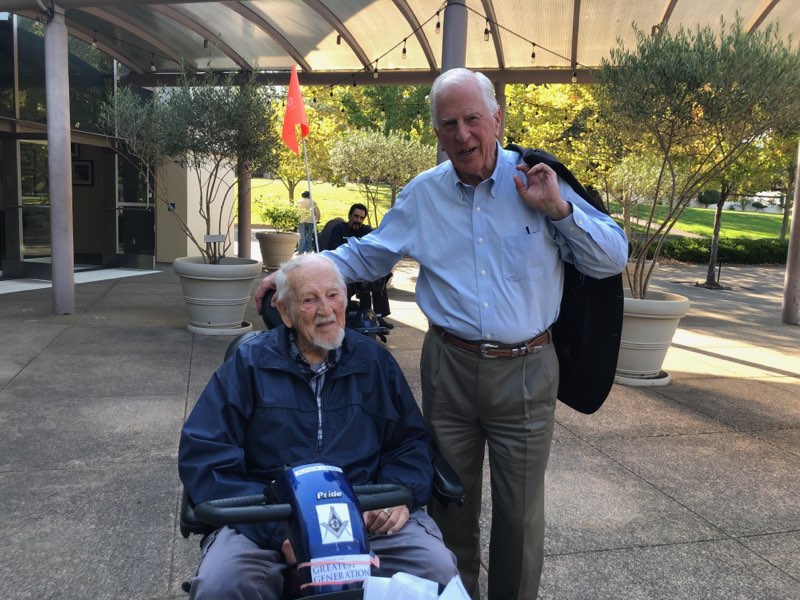 YOUNTVILLE – How do you say no to a veteran senior citizen who served his country during war, and on the surface, his request to meet with a congressman participating in a town hall meeting, seemed so simple?  That was the thought going through Public Safety Officer Scott Cohn’s mind as he encountered Yountville Veterans home resident Dagner Alholm, a young 102 years old.

On Friday, October 11, 2019, Officer Cohn was in the home’s Lincoln Theater assisting with public safety as Congressman Mike Thompson and other dignitaries participated on the town hall panel.  Midway throughout the event, Mr. Alholm approached Officer Cohn, asking if there were some way he could meet one-on-one with the congressman.

“I contacted those travelling with, and handling Congressman Thompson’s agenda and asked if there was any chance that the congressman had a few minutes after the meeting, which was running long, to visit with our oldest veteran at Yountville Veterans home,” said Officer Cohn. 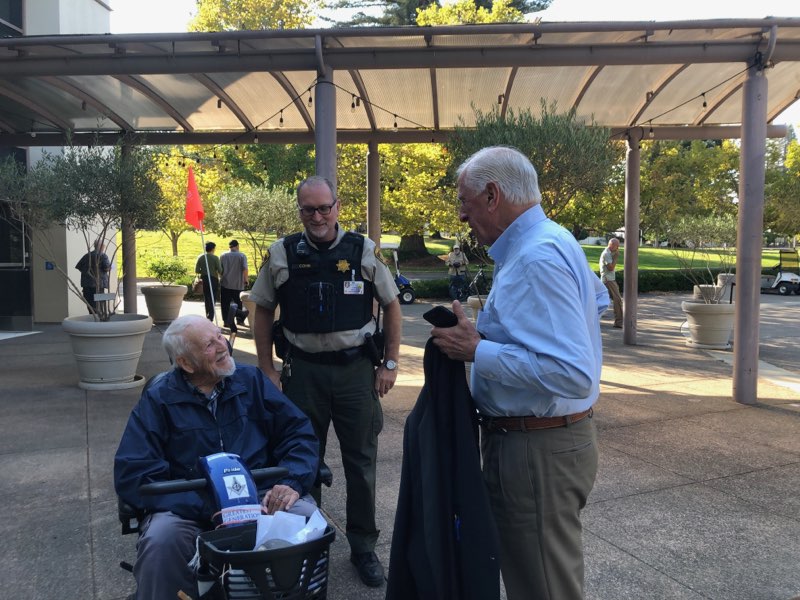 When Officer Cohn received an enthusiastic nod, he assisted Mr. Alholm out of the theater, to the restroom and then outdoors to meet with Congressman Thompson.  “Congressman Thompson was very accommodating, he and Mr. Alholm shared some war stories and then the congressman asked if he could get a photo or two!  I was so very happy I was able to make this meeting happen, for both of them!”

“Our California Statewide Law Enforcement Association (CSLEA) members continually make us proud, not just for their professionalism and the public safety and emergency services they provide, but because they have passion for what they do and compassion for those they do it for.  Thank you, Officer Cohn, for taking the time to make Yountville resident Dagner Alholm’s day.  It would have been easy to cite logistics and security and disregard Mr. Alholm’s request, but you took the time to make it happen!”