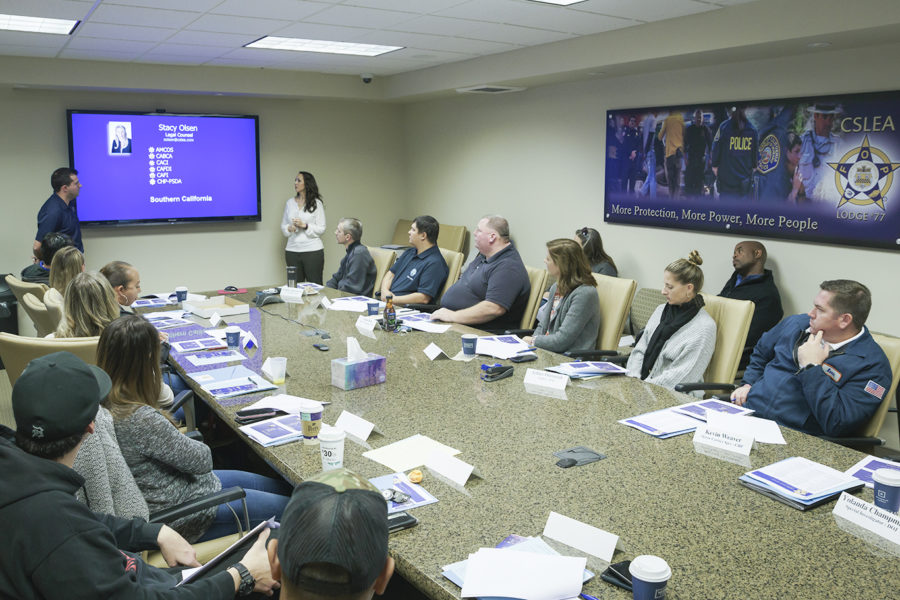 SACRAMENTO – On November 20, 2019 the California Statewide Law Enforcement Association (CSLEA) held a basic site representation class for members at CSLEA headquarters in Sacramento and in the Southern office in Huntington Beach.

“These are members who want to know more about their union, their rights, and how they can become leaders in their workplace and represent colleagues in disputes with supervisors,” said CSLEA Senior Counsel Andrea Perez.

CSLEA members became familiar with the roles of CSLEA attorneys and staff, how grievances are handled and who to communicate with at the affiliate and CSLEA level.

“Thank you to our members who attended and are showing interest in how to improve their work situations,” said CSLEA President Alan Barcelona.  “We were impressed with the turnout and value those who become our eyes and ears in the workplace.   It’s all about teamwork.”