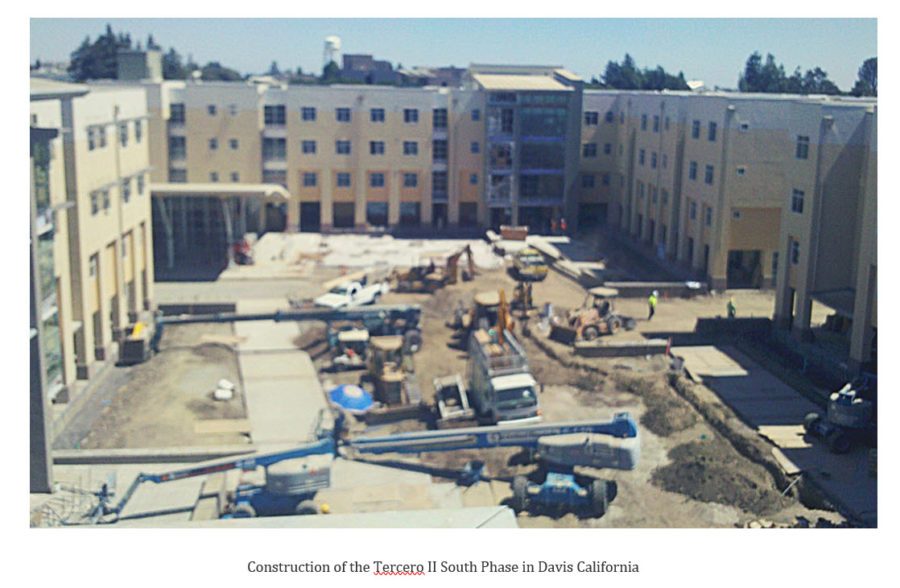 After Thompson’s California contractor’s license was revoked for fraud, he convinced his wife and friend to put their names on a new business, Russell/Thompson, which he would secretly run using the fraudulent contractor’s license they obtained. Thompson used that business to obtain a contract with UC Davis to build some of the Tercero South student housing. During the construction, Thompson

Deputy District Attorney Jennifer McHugh prosecuted the case which included more than 35,000 pages of discovery, more than 60 defrauded employees, and involved 26 felony counts. Over the course of the six years it took to prosecute the case, the defense filed multiple motions to dismiss counts or enhancements and the case was further delayed when Thompson claimed to be incompetent to stand trial. Ultimately the Court deemed Thompson competent to stand trial and criminal proceedings were reinstated.

On July 10, 2019, Thompson plead no contest to all charges pending against him and the Court heard evidence on the enhancements. On November 13, 2019, the Court found Thompson ineligible for probation and sentenced him to 10 years in state prison. The Court considered Thompson’s extensive history of committing similar offenses, his prior felony convictions for insurance fraud and tax evasion, the sophisticated nature of Thompson’s fraud and the position of leadership that Thompson took in committing the crime.

“When you evaluate the nature and extent of the fraud committed here, you gain a respect for the amount of investigative work it took to lay out each and every charge,” said California Statewide Law Enforcement Association (CSLEA) President Alan Barcelona.  “State investigators from numerous departments stayed on this case and saw it through until the end.”

“Mr. Thompson has spent his life defrauding innocent people with sophisticated fraud schemes. After getting out of prison for insurance fraud and tax evasion in 1995, he continued defrauding unsuspecting victims in California. He not only stole money from his employees during a time when they were struggling to pay their bills, he stole a profitable construction contract from other legitimate contractors and their employees,” said McHugh.

The Yolo County District Attorney’s Office praised the dedication and perseverance of the investigating agencies in this case, whose diligent work made this sentence possible. The investigation was a joint effort between the