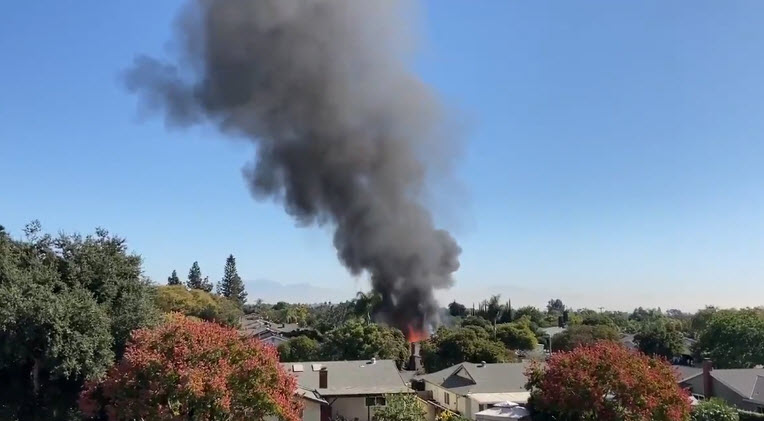 UPLAND –November 7, 2019 -  First the house shook, then there was a deafening, crashing sound, followed by an explosion and fire.  California Statewide Law Enforcement Association (CSLEA) Member Dan Casner knew instinctively that a plane had come down and smashed into a home on the court he lives in near Cable Airport.

“I had just returned home wearing a shirt and tie when the plane crashed,” said Casner, who served as a local firefighter and fire captain for 20 years before going to work for the California Office of Emergency Services.  “I ran out the door, throwing off my tie and button-down shirt as a ran toward the flames.  I wasn’t trying to spare the clothing; I know from experience it would hamper any rescue efforts.”

Casner ran to the house that had thick black smoke and dark orange flames coming from it.  After a quick assessment of the plane and the determination that no rescue was necessary, he ran toward the back of the home. He encountered a father, whose arms were tightly wrapped around his toddler son, running toward him.

“Any others inside,” Casner asked.

“Just the dog,” the man replied.

“He had that panicked yet determined look that he would save his son’s life at all costs,” said Casner.

As neighbors raced from their homes to an area they felt safe, Casner continued to open doors to homes, going from room to room to be sure neighbors had evacuated and no one was inadvertently forgotten or left behind. 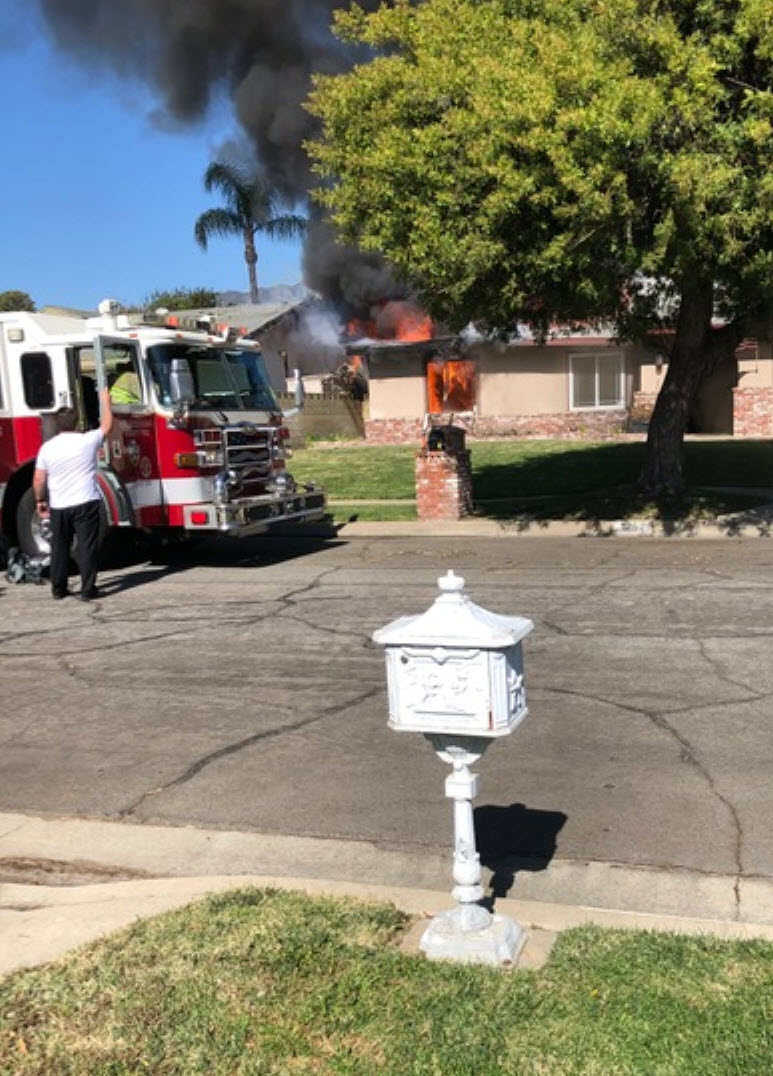 “Pretty much everyone was on their way out as I was going in,” said Casner.  “When the firefighters arrived, I approached their captain, waited for him to turn his attention to me and said ‘Cap you have a single engine plane into a house, no sign of the pilot, everyone’s evacuated, no injuries.’  It was like I never had missed a beat and I haven’t been a firefighter in the past five years.   It was great to feel that rush of adrenaline and know that I could help.  People remain calm when there’s someone who knows what he’s doing.  Even my wife remained calm as she watched me run toward the fire.”

Casner left firefighting in 2014 to become an emergency management coordinator/instructor at the California Office of Emergency Services (CalOES).  “A firefighter’s schedule was no longer conducive to being there for my wife who has a rare illness,” said Casner.  “So, I made a career move, but I miss what I did as a firefighter.  Seeing that plane in that house, having that adrenaline rush, racing in to help, it all calls you back.”

Casner returned home shortly after and calmly text his boss, “Hey boss.  I have to take the rest of the day off.  Had plane crash two doors down.  Ran to all the houses and got people out.  Pilot I am afraid is gone.  I got as close to plane as possible but it was folded up too much and too much fire/heat.”

His boss’ response?  “You can’t take the heart out of the responder, even when they’ve moved on to sharing their knowledge and skills as trainers.”

The first responder part of Casner’s heart is calling.  He and his wife have recently been discussing the possibility of him returning to the professional life he loved.  “I really enjoy my job as an instructor,” said Casner.  “But I loved my job as firefighter and fire captain.”

Any guesses where Casner had been in a shirt and tie prior to the plane crash?