“This is the first dues adjustment since July 2017 and is necessary to meet CSLEA’s operating costs including a reduced staffing level, a top performing legal team, contract enforcement, the work to improve items mid-contract, the protection of pensions and defending the livelihoods or our members.  CSLEA Directors gave great consideration to this slight dues adjustment as, we are also dues paying members of CSLEA.” –  Alan Barcelona, CSLEA President

To our valued CSLEA Members:

After much discussion and efforts to reduce operating costs at the California Statewide Law Enforcement Association (CSLEA), the CSLEA Directors voted in favor of a slight membership dues adjustment to coincide with the 2019 General Salary Increase (GSI).   CSLEA typically makes an adjustment in dues following GSIs, but did not do so in 2018 following the 2% GSI.

As a union member, you recognize that there is strength in numbers and that CSLEA is a strong organization that continually confronts the opposition whose desire it is to take away pensions and reduce benefits.  Unfortunately, as a result of the 2018 United States Supreme Court decision in Janus v AFSCME, there is no longer the option for non-members to forego the benefits of full membership and pay a fee to cover the costs of collective bargaining and enforcement of the contract.  This puts a strain on CSLEA resources. CSLEA encourages all eligible employees to share equally in the cost of furnishing work that benefits all Bargaining Unit 7 employees.

The dues adjustment will support rising CSLEA operating expenses. CSLEA has been efficient in its operations and continues to do more with less.  Last year CSLEA further streamlined its operations by eliminating Member Services Representative positions and calling upon CSLEA Attorneys to further communicate with our valued members by attending New Employee Orientations and Membership Outreach events and meetings.

In addition to eliminating Department of Member Services positions, CSLEA chose not to fill the Multi-Media Specialist position when it was vacated in September of 2018.

Per the CSLEA constitution (Article 13, Section 3), a membership dues-increase occurs when membership receives a salary increase in a percentage equal to the salary increase.  Again, the CSLEA Directors decided to forego raising dues in 2018 despite a 2% GSI. 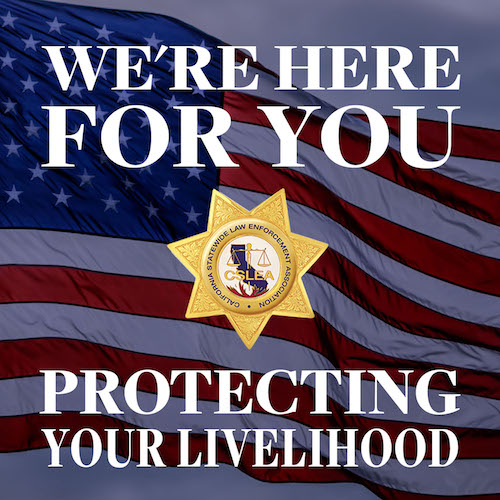 CSLEA membership dues will increase by $4.05 a month.   The CSLEA Board voted to implement the adjustment effective the July 2019 pay period, the same pay period that GSIs and Special Salary Adjustments (SSAs) became effective.   However, since there has been a delay in the State processing these raises, the Board decided not to charge members the increased dues until the salary increases, salary adjustments and the retroactive pay have been issued.  As such, all members will see:

The directors unanimously agreed that the $4.05 adjustment in dues is prudent for the successful operation of CSLEA.  Thank you for being supportive of your union and its never-wavering work on your behalf.