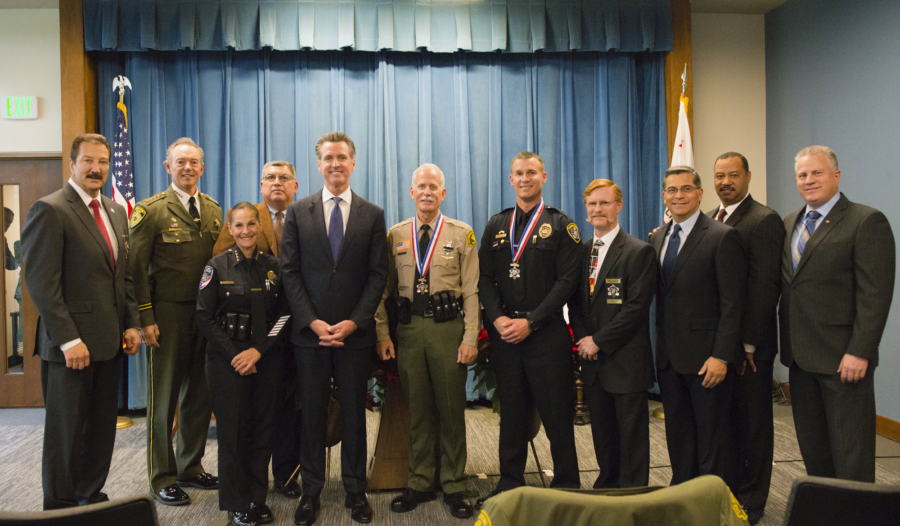 SACRAMENTO – On December 17, 2019, California Statewide Law Enforcement Association (CSLEA) President Alan Barcelona attended the Governor’s Public Safety Officer Medal of Valor award ceremony as Medals of Valor were presented to two public safety personnel who went above and beyond the call of duty to save lives.

“I have had the honor and the privilege of serving on the Governor’s Public Safety Officer Medal of Valor Review Board for many years,” said Barcelona.  “The EMT/paramedic and the police officer awarded the Medal of Valor this year put their lives on the line as they rescued individuals whose lives were in danger.  These two men are beyond heroic and have earned our praise and respect.” 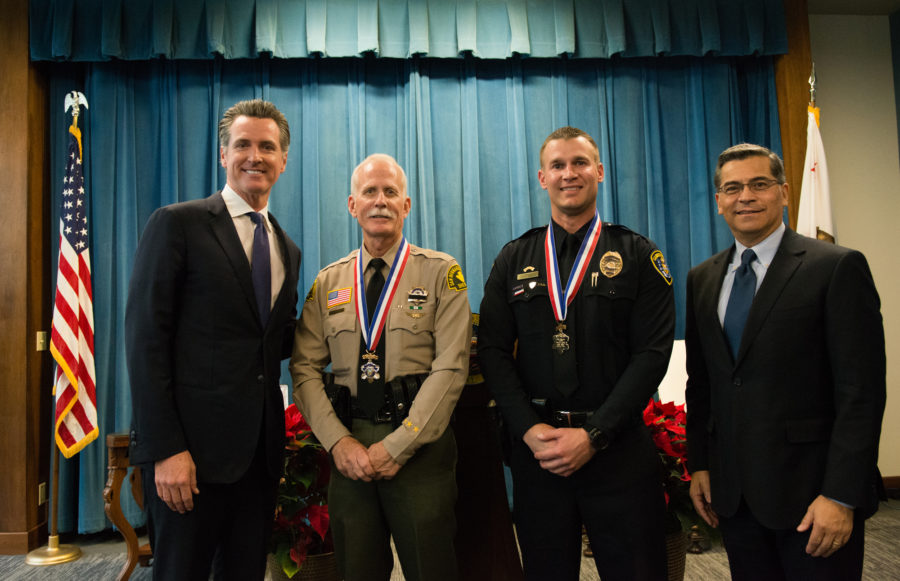 The following individuals were awarded the Public Safety Officer Medal of Valor:

On February 10, 2018, EMT/Paramedic Stephen Miller nearly fell to his death while coming to the rescue of an injured hiker in the San Gorgonio Mountains.  The hiker fell off a trail and had struck a tree.  Miller, assigned to a helicopter crew that would hoist the woman to safety and medical aid, climbed a sheer ice face in total darkness, which gave way as he reached the injured hiker.  Sliding head-first toward what would surely have been a fatal fall, Miller used his ice axe much like the driver of a car would slam on the brakes to come to a stop.  Despite the scary and life-threatening slide, Miller continued on his mission to reach the injured hiker.  He and his partner then strapped the hiker into a rescue harness and helped get her to medical aid.

On June 23, 2018, San Diego Police Officer Shawn Boggeman and two fellow officers responded to a reported disturbance at a condominium.  When no one answered the door and a smell of smoke in the air, the officers opened the front door and were immediately fired upon by someone inside.  Officer Boggeman exchanged shots with the gunman while coming to the aid of his partners who were both wounded.  He positioned himself in a place in which he could continue to fire at the gunman and the injured officers could reach him. When one of his partners became stuck, Officer Boggeman used a ballistic shield to protect his partners while continuing to fire at the gunman.  Once his partners made it to safety, Boggeman remained in his position to provide cover to other officers as they awaited the arrival of a SWAT team.

Miller and Boggeman were chosen for the Medal of Valor Award out of 36 nominees.