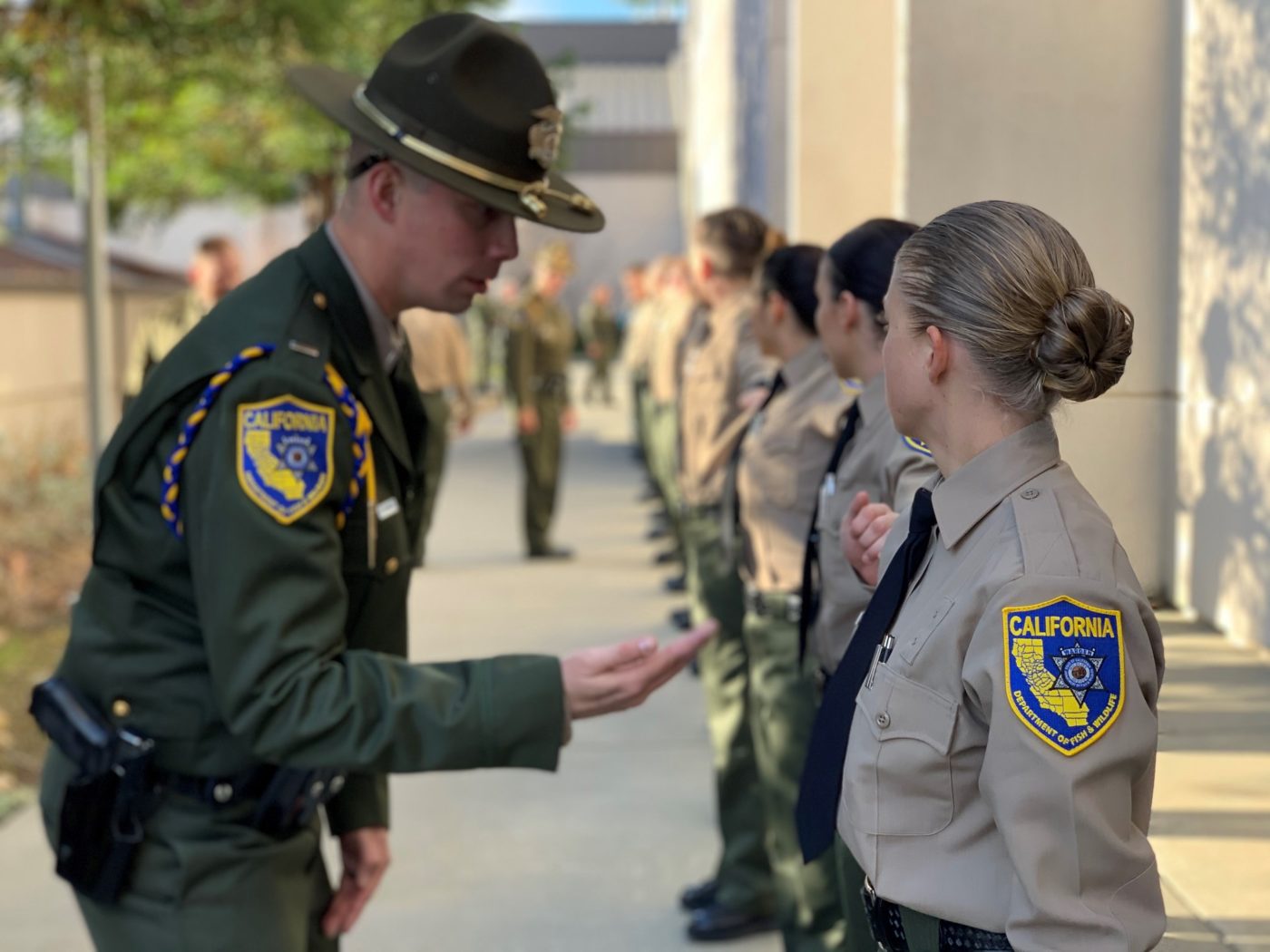 OROVILLE – Prior to the start of the California Department of Fish and Wildlife Academy Class 63, California Statewide Law Enforcement Association (CSLEA) Chief Counsel Kasey Clark and Resource Protection Peace Officer (RPPOA) President Ryan McCoy met with cadets to speak with them about the importance of union membership and wish them the best during their 30 weeks of rigorous training ahead.

McCoy gave an overview on the structure and services provided by CSLEA and RPPOA and stressed the importance of having legal defense by the time the cadets hit the street for field training.

“The cadets will devote much of their waking hours over the next seven and a half months to training to become peace officers and learning what it takes to protect California’s natural resources,” said Clark.  “It’s an intense time and they will have much on their minds and in their studies, so speaking to them about having union representation right at the start of their academy is critical.  We want to be sure they have the right protections in place as they begin their journey into this very important law enforcement career.”

Clark and McCoy met with 18 cadets for a New Employee Orientation (NEO) on January 10, 2020.  CDFW Wildlife Academy Class 63 officially begins January 13th and is scheduled to conclude on August 7th.  CSLEA congratulates all of the cadets on their achievements in starting the academy and welcomes the majority of them to association membership.