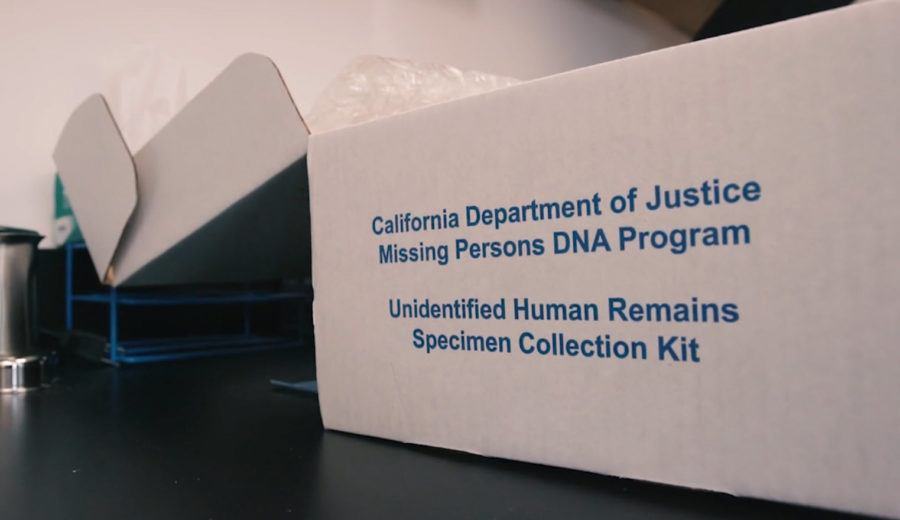 RICHMOND – On February 24, 2020, California Attorney General Xavier Becerra announced a DNA technology advancement that will enable the California Department of Justice (DOJ) to increase its ability to successfully identify unknown persons. California DOJ is the first accredited state crime lab in North America to begin fully sequencing mitochondrial DNA, which makes it easier to test degraded evidence samples that have been subjected to harsh environmental conditions. This advancement is particularly important for being able to process DNA involving unknown human remains.

“Anything we can do to help families find closure is critical,” said Attorney General Becerra. “We’re proud of the work our scientists and technicians do every day at our Bureau of Forensic Services to help protect Californians, including our work with local law enforcement to help families locate their missing loved ones. This breakthrough will help make a direct difference in people’s lives.”

“We are constantly in awe of the criminalists at California DOJ and their vital contribution to public safety and criminal justice in our state,” said California Statewide Law Enforcement Association (CSLEA) President Alan Barcelona.  “This breakthrough gives them another tool to help families and investigators with missing persons cases.”

When biological evidence has been exposed to harsh environmental conditions, DNA may be broken down into small pieces. This makes it more difficult to successfully obtain information about the DNA that can be used to identify an unknown person. Given the high prevalence of degradation of DNA in human remains that have been outdoors for extended periods of time, scientists at crime labs often turn to mitochondrial DNA since it is generally present in far greater quantities than standard nuclear DNA. While nuclear DNA is typically more informative, sometimes mitochondrial DNA is all that is available. Mitochondrial DNA is found in mitochondria, which are organelles inside human cells. Organelles have various functions; mitochondria are involved in biochemical processes used for respiration and energy production in the body. Organelles exist outside of the cell’s nucleus, where human DNA is packaged, and are found in every human cell. Mitochondrial DNA only contains DNA information that is passed along maternally.

Taking advantage of massive parallel sequencing technology, the Department’s Bureau of Forensic Services has now validated a process for sequencing the entirety of mitochondrial DNA. Previously, only a portion of the control region of mitochondrial DNA, approximately 5 percent of the genome, was analyzed in cases involving unknown persons. By sequencing the entire genome, California DOJ forensic scientists are able to significantly increase the proportion of unique results known as haplotypes. This in turn increases the ability to successfully identify unknown persons by allowing scientists to eliminate results that have some shared characteristics with greater certainty. As with all areas of science, advances are constantly made through discoveries and technological developments. Rapidly evolving technology has helped make sequencing entire genomes more feasible. The new advancement will be used to compare mitochondrial DNA provided by families to biological evidence found in cases involving unknown human remains.