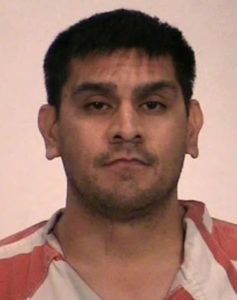 MODESTO – On February 18, 2020, Martin Martinez pleaded guilty to killing five people, including three children at a home in Modesto in July 2015.  He was immediately sentenced to five consecutive sentences of life without parole.  In addition, Martinez plead guilty to the manslaughter death of a two-year-old boy in 2014 and was sentenced to 11 years on that count, set to run concurrently with his five life sentences.

“This man killed his mother, his niece, his girlfriend, and her two daughters, one of them just six months old and his own child, in July 2015,” said California Statewide Law Enforcement Association (CSLEA) President Alan Barcelona.  “Two of our CSLEA, Association of Criminalists-DOJ (AC-DOJ) members were among those called upon to process the crime scene.  Their work at that scene and the DNA work at the DOJ crime lab in Ripon was presented at a preliminary hearing and ultimately this killer chose to plead guilty, accepting life in prison over a death sentence.  This case could not have been successfully prosecuted without the DOJ criminalists.”

Martinez stabbed some of his victims and suffocated the others.   The victim in the 2014 manslaughter case was a two-year-old boy who suffered a brain injury while in Martinez’s care.

CSLEA, AC-DOJ members Ron Welsh and Gordon Wincott, both senior criminalists at DOJ, responded to the July 2015 crime scene to carefully collect and preserve evidence.  Wincott then conducted the DNA work which identified victim Amanda Crew’s DNA in a bloody glove-tread print on money from Martinez’s pocket.  The money was confiscated from Martinez upon his arrest.  The bloody glove-tread print on the money was similar to other bloody glove prints found at the crime scene.  Wincott testified in Martinez’s preliminary hearing where a judge found there was enough evidence to send the case to a jury trial.

The victims’ family members approved of the prosecution’s deal which would spare them all from the traumatic process of a trial.   They will have the opportunity to make statements at Martinez’s next hearing scheduled for March 12, 2020.