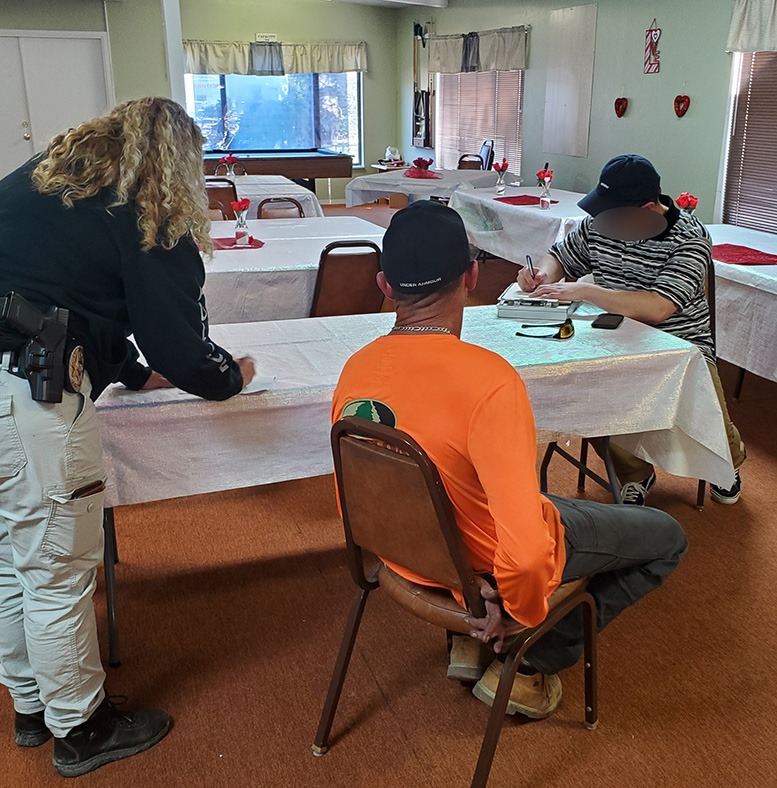 SACRAMENTO – Investigators with the Contractors State License Board (CSLB) know how important it is for property owners with home improvement projects to hire licensed contractors, and the problems they can face when they don’t, and that’s why they conduct undercover sting operations targeting unlicensed contractors.

“Homeowners can find themselves in a bind and out of money when they hire unlicensed contractors,” said California Statewide Law Enforcement Association (CSLEA) President Alan Barcelona.   “Contractors licensed by the state of California have proven their knowledge of codes and regulations and their work, they also have submitted to a background check.  Homeowners should protect their money and their families by hiring licensed contractors.”

Contractors who are not licensed must abide by the law and not perform any home improvement project valued at $500 or more in combined labor and material costs.  Still, unlicensed contractors don’t always abide by that, and more and more they are being busted in CSLB undercover stings throughout the state.

On February 12-13, 2020, CSLB conducted an undercover sting in Lake County.  The investigators posed as homeowners in need of landscaping, carpentry, tree service and painting.  They reached out to contractors for bids and 11 of those who bid on projects were cited for contracting without a license, including one repeat offender.

Ronald Dean Ridley was cited for illegal advertising in January 2016 and paid a $400 civil penalty. In October 2018, Ridley was cited for contracting without a license at a sting in Lake County. That case is still pending with the Lake County District Attorney’s Office. A conviction on that charge could subject Ridley to a more severe second conviction penalty, which could result in a mandatory 90 days in jail, and a fine of 20 percent of the contract price or $5,000, whichever is greater.

“The investigators are working to protect the unsuspecting consumer as well as licensed contractors,” said Barcelona.  “Contractors who abide by the law should not be undercut by those who don’t.”