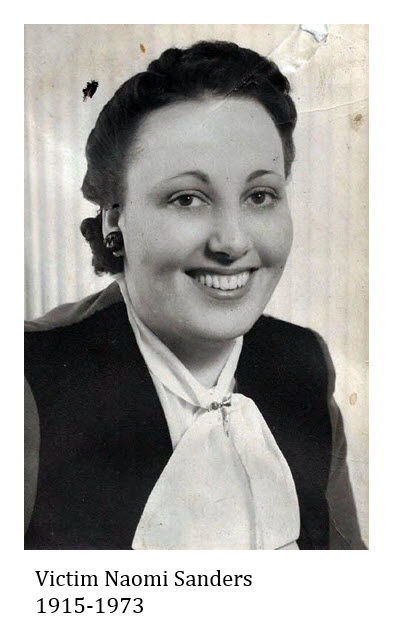 VALLEJO - On February 27, 2020, the Vallejo Police Department announced that it now has answers in a murder case that went unsolved for 47 years.  Who killed Naomi Sanders, 57, inside her Vallejo apartment on February 27, 1973?  Their answer came after years of persistent work and from DNA technology.

On February 27, 1973, Sanders was discovered deceased inside of her apartment where she lived alone and was the onsite manager for the apartment complex. A forensic exam determined that she had been sexually assaulted and strangled.

In 2014, the California Department of Justice Lab completed forensic testing on the clothing that Sanders was wearing at the time of her murder. This exam revealed the presence of semen staining. Although a DNA profile was developed and entered into the Combined DNA Index System (CODIS), there were no matches.

“The work that takes place inside California DOJ forensic labs is nothing short of astonishing,” said California Statewide Law Enforcement Association (CSLEA) President Alan Barcelona.  “California is beyond fortunate to have criminalists who dedicate their working hours to criminal justice, and who never give up!”

The DNA profile was continuously run against new people uploaded into the database.

In 2016, detectives turned to familial DNA. This technology involved searching the California DNA databank for people related to the suspect. Again, the results were negative. The search expanded to states in the U.S. that compared known offender databases for familial DNA, with negative results.

In 2019, detectives traveled to Louisiana to collect discarded DNA from one of these male leads and were able to eliminate him as being the suspect. The investigation revealed that the second remaining lead was deceased and that his remains had been cremated.

Detectives learned that the remaining lead had a biological son who lived out of state. Detectives were able to contact the son and collect his DNA. The question that had gone unanswered for more than 46 years was now answered. 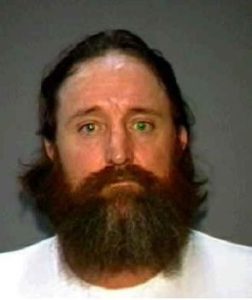 Robert Dale Edwards, a 22-year-old Vallejo resident at the time of the crime, was the suspect. Robert Edwards died in December of 1993 of a drug overdose in Napa County. During the course of the investigation, detectives also learned that Edwards' father had previously been a co-worker of Ms. Sanders.  Robert Edward's criminal history included: assault, theft, DUI, domestic violence, assault with a deadly weapon, and attempted murder.

Naomi Sanders had no children and was one of ten brothers and sisters. Detectives were able to locate and speak with her nieces Sharron and Dixie. The family provided the following statement:

"The Kadinger Family is immensely grateful to the Vallejo Police Department and to everyone who worked this case for the past 46 years. As you can imagine, over that 46 years, many family members directly affected by the loss of Naomi have also passed, and, unfortunately, they cannot be afforded the truth as to what happened.

“Those of us who do remember the stories of Naomi's life and untimely death can now feel closure thanks to the determination and teamwork of the Vallejo Police Department and partnering law enforcement agencies. May Naomi now rest in peace."

The Vallejo Police Department thanked the California Department of Justice, the Solano County District Attorney's Office, Serological Research Institute, Parabon NanoLabs, the Naval Criminal Investigative Service, and all of the detectives who worked this case for 46 plus years to find justice for Naomi Sanders.