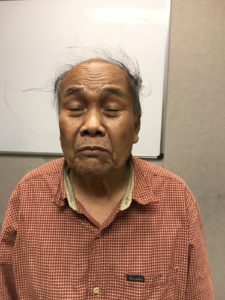 REDDING -  On April 23, 2020, the bodies of two adult males, Ya Sosavanh, 68, and Cheng Chu, 64, both of Redding, were discovered at a Redding home. Investigators determined both men had been shot and called upon the California Department of Justice to assist with the collection and processing of crime scene evidence.  In addition, investigators interviewed multiple people and reviewed surveillance footage from the area.

Numerous items of evidence were recovered from inside the residence.  Much of this evidence is still being reviewed and processed by the DOJ Bureau of Forensic Services Redding Regional Laboratory and by the Redding Police Department. The evidence located and collected, suggested this was a double homicide. 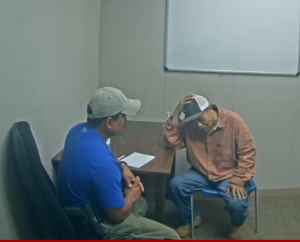 During the course of the investigation, a neighbor of the victims, Nouan Mokthephathai, 74, was identified as a potential suspect.  Investigators learned of ongoing disputes between Mokthephathai and the two victims.

On the evening of April 24, 2020, investigators served a search warrant at Mokthephathai's residence where they located numerous items of evidence tying Mokthephathai to the crime scene and the victims.

Mokthephathai was arrested for two counts of homicide and was booked into the Shasta County Jail where he is currently being held on $1,000,000 bail.​