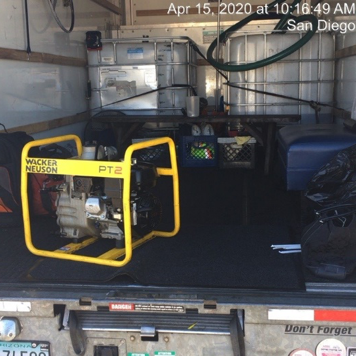 ESCONDIDO - On April 15, 2020, Special Investigators from the California Department of Food and Agriculture (CDFA) Investigative Services Unit, along with the Escondido Police Department, concluded a year-long investigation into a statewide illegal/unregistered grease collection and transport case. The theft involved four people, two of whom were arrest, Patrick Spain and Robert Walton who was on probation for prior grease theft and believed to be the head of the criminal activity. Two other people were questioned and released.

The investigation into the theft of inedible kitchen grease (IKG) began with a tip.  Investigators discovered Walton was using multiple vehicles to steal grease from the back of unsuspecting restaurants in an effort to cash in on its recycling value. At the time of Walton’s arrest, he was driving a rented U-Haul truck outfitted with two tanks, a pump, and several hoses. Inside the vehicle, investigators found a pair of bolt cutters and a very realistic-looking gun, which turned out to be a pellet gun. Walton was the owner of North County Grease out of San Diego, but his CDFA registration was suspended following his arrest for grease theft in 2017 by National City Police.

All IKG transporters must register with CDFA in order to collect and transport IKG. The vehicle must be clearly marked with the company’s name, address, and phone number. A CDFA decal should also be adhered to the vehicle's windshield. 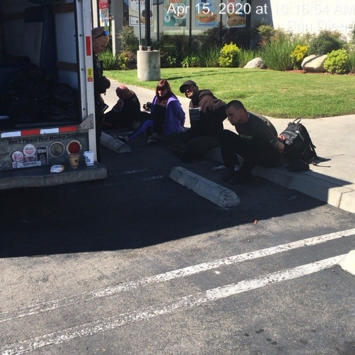 Why do criminals steal used grease from the back of restaurants?  Recycling.  The thieves steal the grease that sits for legitimate pick-up and recycling and cash in on the redemption value which can add up to thousands and thousands of dollars.

Recycled IKG is used by the bio fuel industry and companies that make animal feed.  The legitimate pick-up and recycling of IKG is usually done by rendering companies that have service agreements with restaurants.  The rendering companies pay the restaurants to pick up the used grease.  The grease is heated, filtered, clean and processed into yellow grease which is then sold to the agricultural, bio-fuel, and commercial industries.  The agricultural industry transforms it into feed for the livestock, poultry and pet food industry; the bio-fuel industry manufacturers it into bio-diesel and other fuel components reducing California's dependence on the petroleum industry; and the commercial industry manufactures the refined product into soaps, cosmetics, shampoos, and other products.

Anyone found guilty of violating the codes and regulations of the Inedible Kitchen Grease Program faces jail time and/or a fine.   If the conviction is a second or subsequent conviction of a violation, or the violation is committed with intent to defraud or mislead, the person is subject to imprisonment in state prison and/or a fine of up to $15,000.

“Restaurants and legitimate pick-up and recycling businesses lose money when thieves go to restaurants and steal IKG,” said California Statewide Law Enforcement Association (CSLEA) President Alan Barcelona.  “State investigators have been working hard over the years to educate local law enforcement officers about this type of theft and by working together with Escondido police on this case, two suspects have been arrested.  Thieves can steal enough grease to make thousands of dollars a night.”