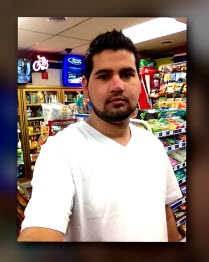 SOUTH LAKE TAHOE -  On May 12, 2020 the El Dorado County District Attorney's Office Cold Case Task Force and the South Lake Tahoe Police Department announced the arrest of a suspect in the 2013 murder of Manpreet Singh, a clerk at US Gas in South Lake Tahoe.

ON August 6th, 2013, an man wearing a face mask walked into a  US Gasoline Station and shot and killed Manpreet Singh, of South Lake Tahoe.

In July of 2017, the El Dorado County District Attorney’s Office posted a video about the homicide hoping to generate new leads.

Investigators followed the new information and worked on the case extensively since receiving the lead. California Department of Justice criminalists compared DNA evidence collected from the investigation and Sean Donohoe matched that evidence.

“A citizen’s tip and work conducted by investigators and California DOJ criminalists led to the suspect’s arrest,”  said California Statewide Law Enforcement Association (CSLEA) President Alan Barcelona.   “It takes teamwork to solve cases such as this one and everyone had a valuable role.  We are grateful a suspected killer has been taken into custody and especially appreciate the scientific work of DOJ criminalists whose work can be just what is needed to get an arrest warrant and wrap up a case.”

The El Dorado County Cold Case Task Force traveled extensively to interview all involved parties.  On May 12th, with the help of the FBI and the Las Vegas Metropolitan Police Department, Sean Donohoe was arrested for the murder of Manpreet Singh.