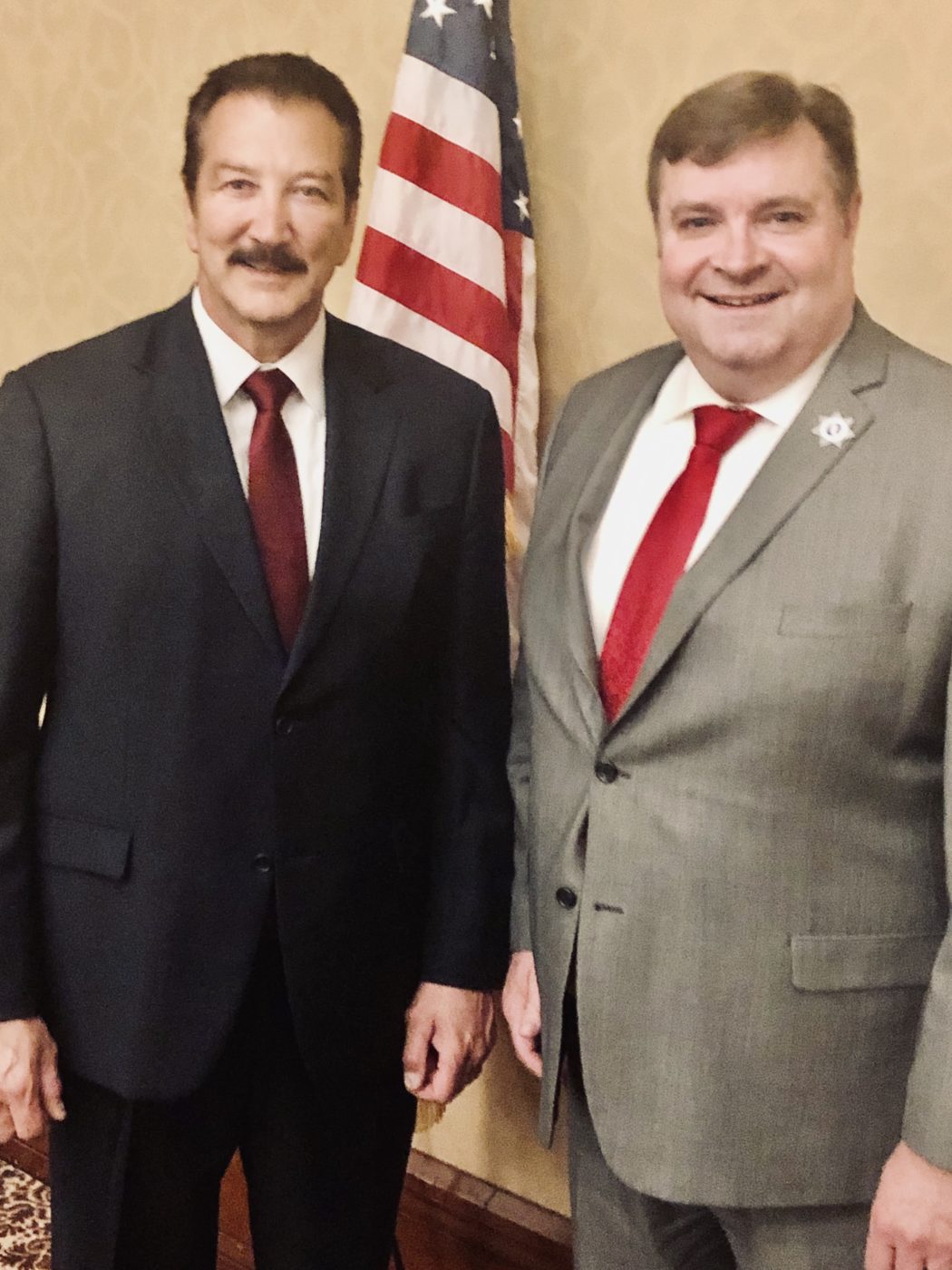 SACRAMENTO- On June 15, 2020, CSLEA attended its first PORAC Board of Directors meeting as a Member Association.  Based on the size of its membership, CSLEA holds an at-large seat on the PORAC Board. CSLEA President Alan Barcelona attended the meeting as an at-large director. Also, in attendance on behalf of CSLEA were Unit A Vice-President Ken Ehrman, Chief Financial Officer Ricardo Sanchez and Chief Counsel Kasey Clark. After President Barcelona was sworn in, one of the first orders of business was to address the planned removal of Peace Officers of California (POC) as a PORAC Member Association.  In 2016, POC was permitted to become a member association by the former PORAC executive committee even though the PORAC Bylaws require member associations to be certified as the exclusive representative of their respective bargaining unit (unless there is specific approval by the full PORAC board).  As POC’s membership had never been authorized by the PORAC board, and because POC is not an exclusive representative, the current board voted to terminate POC’s membership effective September 30, 2020.  The board also determined that because two other PORAC member associations, the California Fish and Game Wardens Association and the California State Parks Peace Officers Association (which had been granted membership association status in the early 1980’s) were not exclusive representatives, these organizations would also be terminated as PORAC member associations effective September 30, 2020.  CSLEA has previously attempted to reach out to members of POC to invite them to return as members of CSLEA in order to maintain their PORAC membership and benefits. CSLEA will do so again and will be emailing all Unit 7 Parks peace officers and Fish and Wildlife wardens to encourage those who are not members to join CSLEA.

With respect to the other items on PORAC’s agenda, much time was spent in discussion on anticipated changes to policing in light of the death in custody in Minneapolis and the protests which followed, including the proposed elimination of the carotid restraint. PORAC’s federal lobbyists Steptoe and Johnson briefed the board via teleconference on the Justice in Policing Act which is now being circulated on Capitol Hill.  PORAC’s California Lobbyists Aaron Reed & Associates briefed the board on bills that are being introduced at the State level to modify police practices. Assemblymember Jim Cooper reported on polling conducted on an initiative to re-strengthen laws on incarceration. PORAC Secretary Randy Beintema updated the board on the status of holding the annual conference in Anaheim in November in light of restrictions on hotel occupancy and Disneyland Park attendance due to COVID-19. The board will decide at its August meeting whether to move forward with the conference or make alternative arrangements.
Terry Moore, Chairman of the PORAC Retiree Medical Trust (RMT) updated the board on the trust’s expansion to neighboring states. The RMT permits participants to contribute via payroll deduction during employment or through the deposit of unused vacation, annual leave or CTO, through tax free contributions which can then be withdrawn during retirement (also tax free) for the payment of medical premium and expenses. To learn more about RMT, CSLEA peace officer members can go to the website here: https://poracrmt.org/.
At the conclusion of the meeting the PORAC board voted to donate $5,000 to the Santa Cruz Deputy Sheriff’s Association to offset some of the costs of the memorial celebration of Deputy Damon Gutzwiller who was killed in the line of duty on June 6, 2020.
“CSLEA has come full circle in rejoining PORAC after decades apart” said CSLEA President Barcelona. “Although CSLEA has its own strength as a large statewide law enforcement association, especially in times where our profession is being demonized by some, and the tools that we may need to use in a life or death circumstance are being stripped away, it is important to work collaboratively at the federal and State level to make sure our concerns are heard.  I was honored to represent CSLEA sitting alongside leaders from all regions of the State of California and CSLEA has already benefited legislatively by its partnership with PORAC.  CSLEA looks forward to a strong future working with PORAC to enhance and maintain the peace officer profession.” 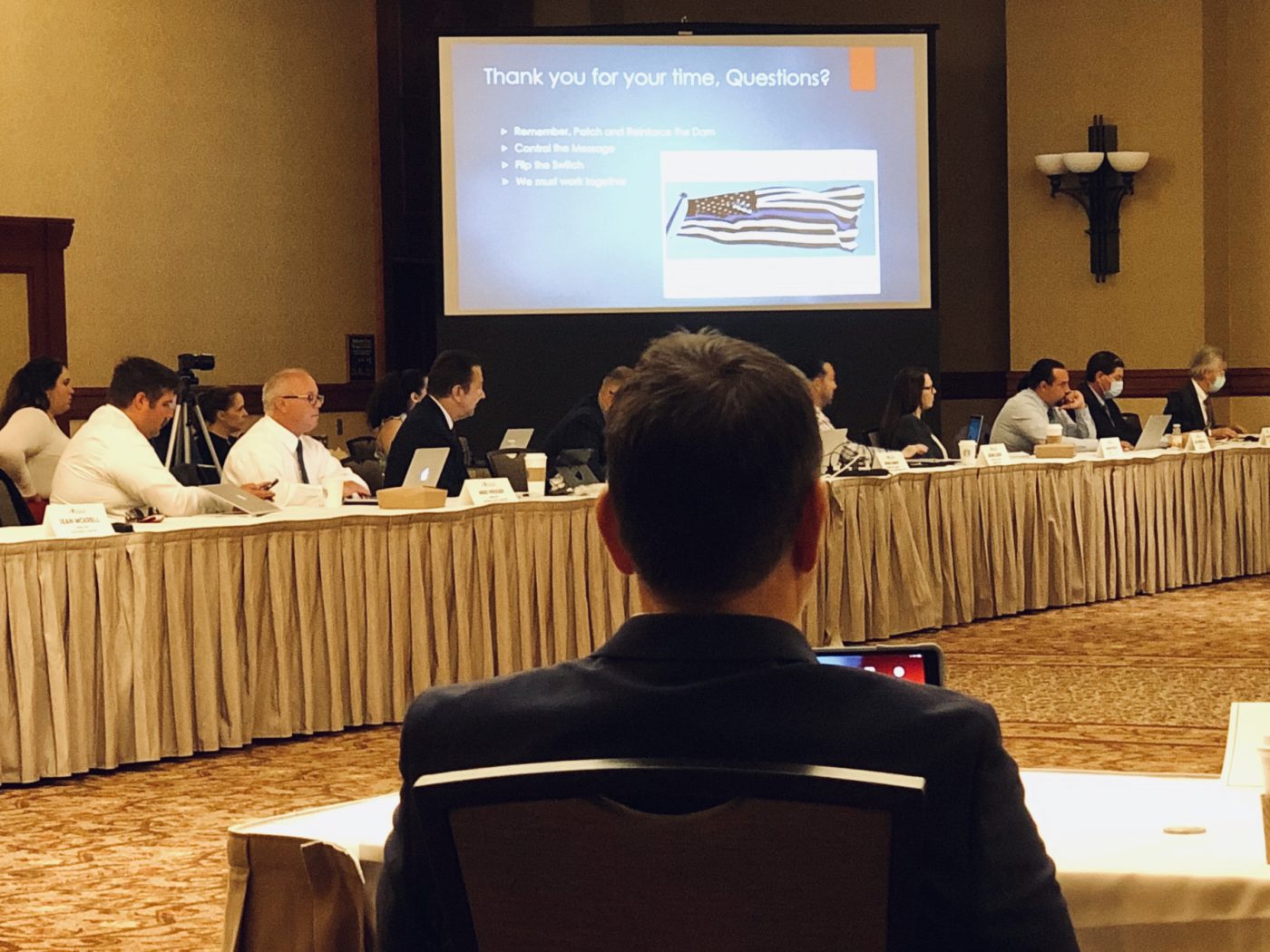