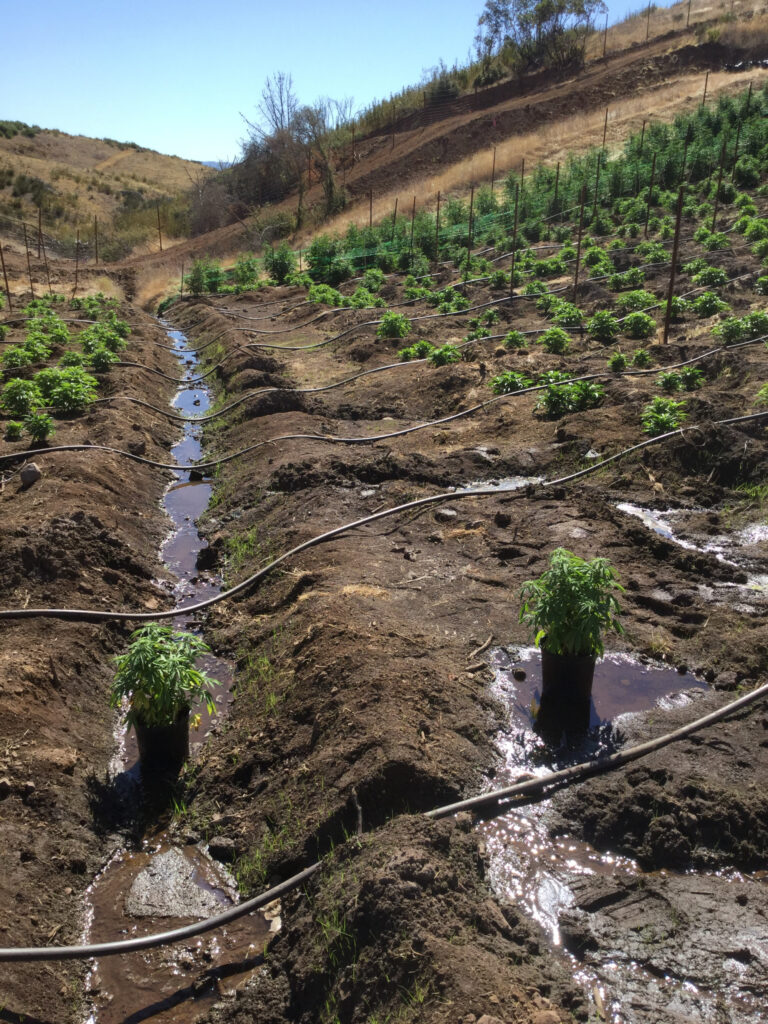 “Illegal cannabis cultivations can cause much harm to the environment, harm that can last for years,” said California Statewide Law Enforcement Association (CSLEA) President Alan Barcelona.  “Thank you to the law enforcement officers who investigated these parcels.  Officers are very much at risk when executing search warrants such as this, as they often encounter armed suspects.”

Indeed, the officers did encounter firearms on the property, seven were seized. They eradicated 51,799 illegal cannabis plants and seized more than $27,000 in cash.

Wildlife officers also documented approximately 40 Fish and Game Code crimes.  Violations included garbage piled up near various waterways, numerous unpermitted water diversions, illegal grading of the landscape resulting in sediment discharge and stockpiles of chemicals near waterways. One cultivation site was built over an existing stream resulting in a modified channel into a ditch with polluted water. Each violation alone can have a detrimental environmental impact but combined are degrading entire watersheds at the expense of California’s diverse fish, wildlife and plant resources and the habitats they depend upon for survival.

Twenty-six individuals were detained during the operation including two minors, a 16-year-old girl and 17-year-old boy, working at the site. Criminal charges will be filed with the Lake County District Attorney’s Office.