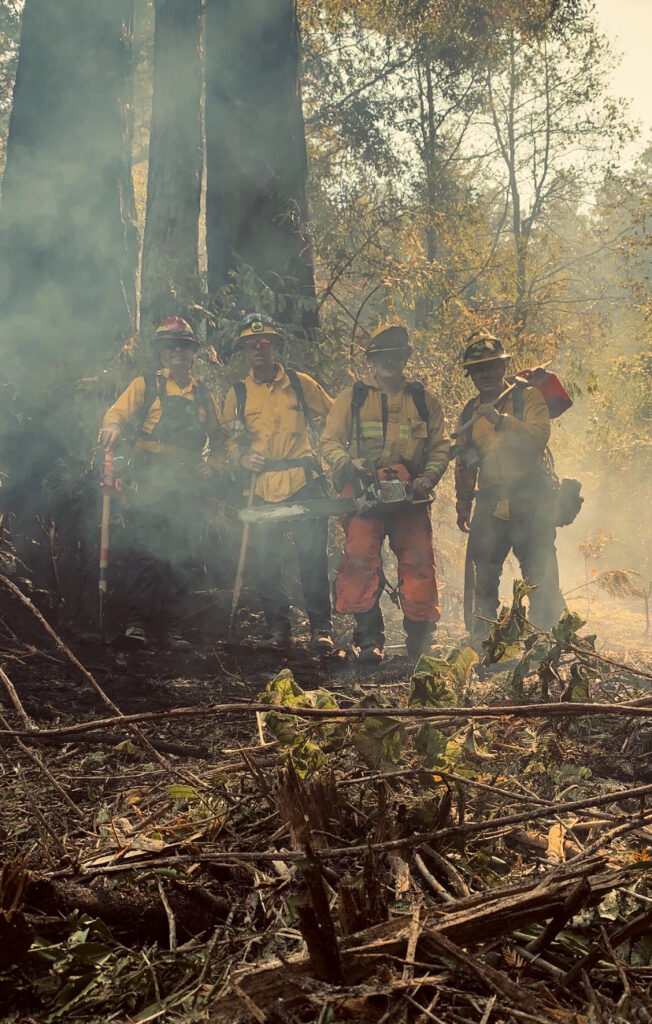 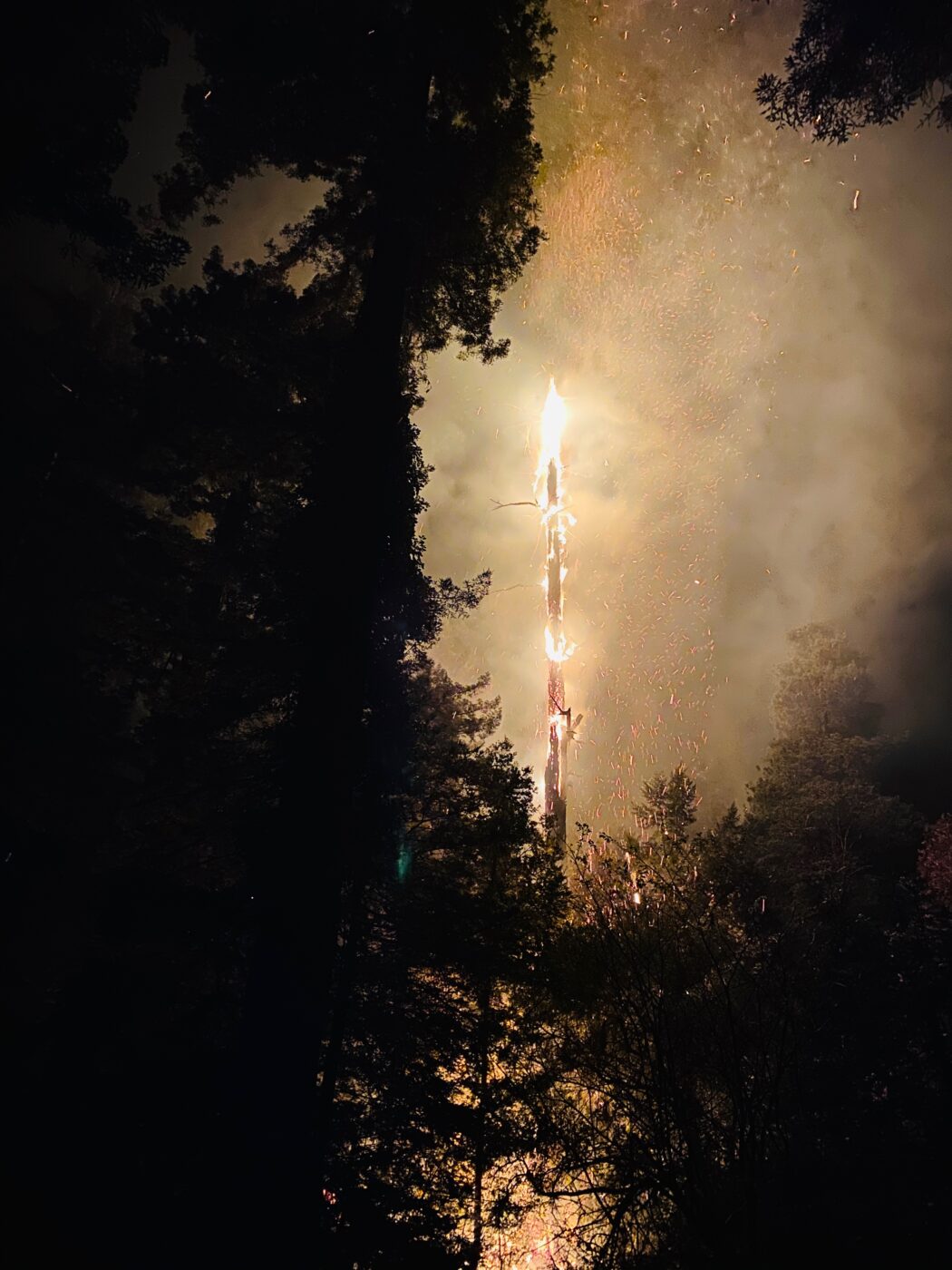 “Our firefighter members in Scotts Valley are working in heavy timber and redwoods many of which have been weakened by fire,” said CSLEA President Alan Barcelona.  “These are individuals, who like all state workers, are enduring pay cuts as mandated by the state, yet battling dangerous flames and conditions to save lives and property in a fire that has consumed more than 82,000 acres as of August28th.   We are proud of them and wish them safety and good health as they work an exhausting number of hours in hazardous conditions.”

CSLEA members  Captain Kevin Byrne and Firefighters Nate Ditmore and Keeland Badrigian are proud to serve California and when thanked for their service in Scotts Valley, say, “it’s part of the job and we love it.”

The CZU Lightning Complex Fire started by lightning on August 16th.   It has burned more than 82,540 acres, destroyed 799 structures, damaged 63 structures, has resulted in one fatality, and is just 26 percent contained (as of August 28th).

There are more than 2,000 personnel assigned to this fire. 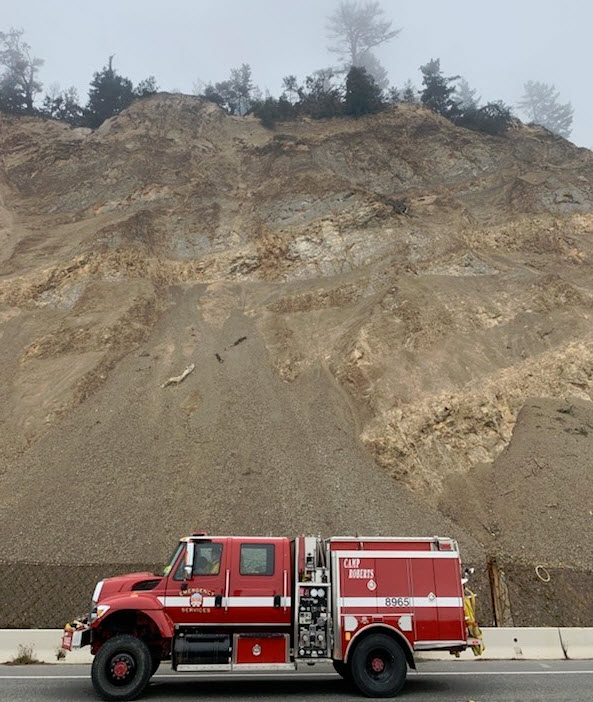