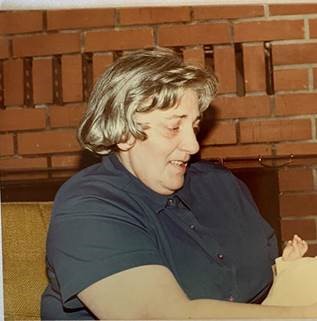 LOS ANGELES - On August 6, 2020, the Los Angeles County Sheriff’s Department arrested David Bernal, 46, of El Monte, for the 1996 murder and rape of 67-year-old Mary Lindgren. The arrest is the result of familial DNA work at the California Department of Justice Bureau of Forensic Science.

“This is a victory for the hard-working criminalists who solve crimes and move investigations forward with their cutting-edge work performed at DOJ labs throughout California,” said California Statewide Law Enforcement Association (CSLEA) President Alan Barcelona.  “I’m sure the victim’s family is experiencing many mixed emotions and our thoughts are with them as they relive the grief yet feel relief and gratitude with the identification and arrest of a suspect.  To the criminalists, special agent supervisor and criminal intelligence specialist who put their expertise into solving this case, thank you, you are true heroes in the work that you do.”

On January 19, 1996, Mary Lindgren was discovered brutally beaten, raped, and murdered inside her bedroom at the “Covina Villa Retirement Home,” an assisted living center for senior citizens. Lindgren lived alone in her room and was discovered by the facility’s staff at approximately 7:30 a.m.

Homicide investigators from the Los Angeles County Sheriff’s Department responded to the scene and assisted the Covina Police Department with the murder investigation. Sheriff’s Homicide investigators, along with a department crime lab scientist and forensic identification specialist, conducted a thorough and exhaustive crime scene investigation. Several items of evidence, including DNA, were collected and held for forensic analysis. Investigators conducted extensive interviews with facility staff members, residents and their families, outside vendors, contractors, delivery personnel, as well as neighbors living near and around the facility. All were cleared and excluded as potential suspects in this case.

DNA evidence, believed to belong to the suspect, recovered from the crime scene was analyzed by the forensic biology section of the Los Angeles County Sheriff’s Department Crime Lab. Although the suspect DNA profile was developed, the unidentified male offender’s DNA profile did not match any profiles within the state or federal criminal justice DNA databases. Despite years of investigative work, nothing led to identifying the suspect.

In 2019, investigators made the decision submit the unidentified offender’s DNA profile to the California State Department of Justice a state-of-the-art DNA search and identification process referred to as familial DNA.

In July of 2020, California Department of Justice officials notified investigators of their results. They had identified a potential family member of the suspect. Utilizing the results provided by the California Department of Justice, detectives focused their investigation on the probable suspect. Subsequently, investigators and the sheriff’s crime lab personnel, identified David Adolph Bernal, a 46-year-old El Monte resident. His DNA was a match collected from the body of Mary Lindgren and he was now identified was the suspect in her murder.

VIDEO: A CSLEA tour of the Jan Bashinski DNA Lab in Richmond, CA