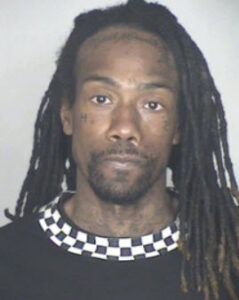 CHICO- On September 18, 2020, a Butte County jury found Ramsey said Ishmael Smith, 35, a transient in Chico at the time, guilty of raping a woman in a Chico alleyway in March of 2019.

Smith, attacked the victim, a then 25-year-old woman, as she was walking home from downtown Chico in the early morning hours of March 9, 2019.   According to the victim, Smith came up to her and began talking to her as she walked. As they passed an alley off Salem Street, Smith violently shoved her into the alley, forced her to the ground, and raped her.

The victim further testified that after the rape, she walked home crying with Smith following her. The victim found her car and locked herself inside, fearing that if she went inside her home; he would know where she lived.

The victim’s sister also testified at trial that she got a panicked phone call from the victim around 4:00 a.m. that morning. The sister then drove to meet the victim and took her to the Enloe Hospital where a specialized forensic sexual assault exam was conducted. including obtaining biological samples from the victim’s body. The samples were sent to the California Department of Justice DNA Laboratory in Redding for DNA testing that day.

A criminalist from the Redding Lab, testified she created a genetic “fingerprint” from the unknown assailant’s DNA and submitted it to CODIS, a database of DNA information that includes known offenders. On April 22, 2019, the database identified Ishmael Smith as the suspect.  He was arrested in the Los Angeles area on April 25, 2019.

“Our thoughts are with the victim and we wish her well as she recovers from the attack and the emotional experience of testifying in court,” said California Statewide Law Enforcement Association (CSLEA) President Alan Barcelona.   “Thank you to the California Department of Justice criminalists who daily process evidence to identify criminals such as this one.  Their work led to removing a now convicted rapist from the streets, preventing him from harming anyone else.”

After the jury found Smith guilty of forcible rape, they further found Smith had previously been convicted of a gang-related second-degree robbery in 2006. This prior conviction is a “strike” and adds 13 years to his potential sentence. Smith’s sentencing is scheduled for October 15, 2020. Smith is facing 21 years in prison. Smith remained in custody without bail.