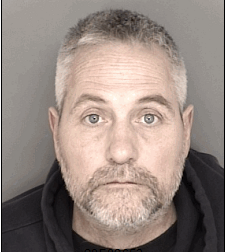 MONTEREY COUNTY – On November 3, 2020, election day, former candidate for the 30th Assembly District for the State of California Neil Kitchens, 53, of Prunedale, entered a plea of no contest to one count of filing a false declaration of candidacy, a felony violation of Election Code section 18203, in the 2018 election.

In 2018, the 30th Assembly District, which includes most of Monterey County, had an open seat. Kitchens, however, did not live in the district but instead lived in Prunedale, which is in the 29th District. Kitchens knowingly filed falsified candidacy papers and listed a Salinas address as his residence so that he would be eligible for the seat. By doing so, he perpetrated a fraud upon the approximately 460,000 voters in District 30.

Judge Carrie Panetta will sentence Kitchens to felony probation on January 26, 2021. A violation of Elections Code section 18203 carries a maximum punishment of 3 years in jail. Kitchens will also be sentenced on an unrelated misdemeanor DUI.

This case arose out of a citizen complaint.

“We are grateful to those who alert investigating agencies to fraudulent activity so that in may be properly investigated,” said CSLEA President Alan Barcelona.  “Members of the legislature hold positions of public trust and we count on their honesty as they serve the State of California.  Thank you to the Secretary of State’s Office, Chief Investigator Deffee and Monterey County investigators who worked on this case and saw it through.”