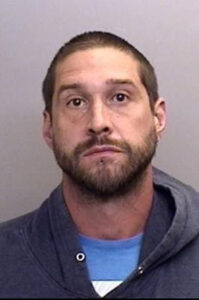 UKIAH – On December 10, 2020, Zachary Pierre Brown, 41, of Ukiah, was in court for his post-plea formal sentencing.  Brown was convicted by guilty plea on October 23rd of maintaining a location for the unlawful cultivation of non-licensed cannabis, a felony.

The court placed Brown on 36 months of supervised probation and ordered him to serve 180 days in the Mendocino County jail.  While on probation, Brown cannot possess more than eight ounces of medical cannabis, assuming he has first obtained a written medical recommendation from a licensed California physician.

In accepting probation, he also agreed to a 4th Amendment waiver (search clause), testing, 200 hours of community service, a $2,000 fine, and other terms and conditions.

He will not be allowed to cultivate or otherwise be involved in the sales of cannabis -- legal or otherwise -- for the term of his probation.

“Officers enforcing California cannabis laws are working to protect licensed cultivators, consumers, and the environment,” said CSLEA President Alan Barcelona.  “Cultivating cannabis without a license is proving to be a costly adventure for those convicted.”

As documented by law enforcement and reiterated in the Probation Department’s sentencing report, Brown was operating a commercial plant nursery on Boonville Road, selling unlicensed cannabis clones for a profit to interested buyers.

Operating under the name “Phresh Start,” Brown told law enforcement that he did not like doing business with trimmers and marijuana bud dealers; that he would make more money by simply raising and selling starter plants (clones) in the black market. During a January 2020 search of his property, 5,050 cannabis plants and 23 pounds of processed cannabis were seized.

At the time of the search, the defendant was also still on an informal grant of probation, having been earlier convicted in the Mendocino County Superior Court of misdemeanor domestic battery and DUI.

That probation was terminated December 10th as unsuccessful and the Brown was ordered to serve an additional 40 days in the county jail for having violated terms of his probation, that violation time to be served consecutively to the cannabis time.

Brown was also convicted in the Mendocino County Superior Court in 2017 of a misdemeanor marijuana offense. He was on court probation for two years for that conviction, an informal probation that expired in March 2019.