“We are extremely fortunate in California to have Department of Justice forensic labs and incredibly gifted criminalists who devote their careers using science  to help law enforcement with investigations that might otherwise go unsolved and not prosecuted.” 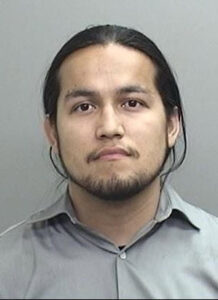 To resolve the matter, Barajas was required to stipulate to and accept a state prison sentence of 148 months to achieve the settlement.

The three convictions include two strike convictions under California’s current version of the Three Strikes law. After the defendant’s eventual release from prison, he can be charged with the two prior strikes from this case and be exposed to a future prison sentence of 25 years to life should he again commit and be convicted of another serious or violent felony.  Once released on parole and continuing for the remainder of his life, Barajas shall be required to register annually with local law enforcement as a sex offender.

The law enforcement agencies that investigated the crimes and developed the evidence underlying all of the convictions were the Ukiah Police Department, the California Department of Justice DNA Laboratory, and the DA’s Bureau of Investigations.

Mendocino County Superior Court Presiding Judge Ann Moorman will preside over the sentencing hearing and impose the agreed-upon state prison sentence on May 5, 2020.