California State Parks Director's Annual Recognition Awards Congratulations to our CSLEA Members who were awarded for their special and heroic acts!

All photos are screen shots from State Parks video above

SACRAMENTO – On April 23, 2021 California State Parks announced the recipients of its 18th Annual Director’s Recognition Awards.  The California Statewide Law Enforcement Association (CSLEA) would like to congratulation its members who were recognized for going above and beyond their duties to save and or protect lives.

“The work of our public safety professionals never goes unnoticed by us, but we are very proud to congratulate those CSLEA members who were recognized by State Parks for their incredible contributions to the safety of others,” said CSLEA President Alan Barcelona. “2020 was no easy year with the many fires, ocean rescues as more people flocked to state parks, and the pandemic itself.  Our public safety professionals rose to the many challenges and proved they are a vital force behind our protection and safety.  Thank you to all.”

SPECIAL ACT/SERVICE AWARDS were given for an extraordinary act of heroism by an employee that extends far above the normal call of duty or service, and performed at great risk to their own safety or life in an effort to save life and/or property. 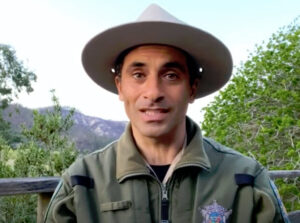 CSLEA Member and State Park Peace Officer Ranger Ziad Bawarshi was recognized for his bravery and determination in protecting the Rancho Del Oro Nature Center during the months-long wildfire that burned in Santa Cruz and San Mateo Counties.  The fire scorched more than 86,000 acres and destroyed more than 1,490 structures.  With preparation, planning and little rest, Bawarshi’s efforts and the efforts of those working with him resulted in the nature center remaining intact. 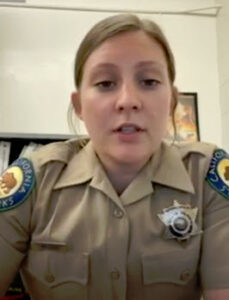 CSLEA Member and State Park Peace Officer Ranger Sabrina Buis was awarded for her attempts to save three children strapped into the back seat of a pick up truck that was under water in the Lake Oroville Recreation Area in April 2020.  Ranger Buis was the first rescuer in the freezing water.  While divers were responding and arriving, Buis jumped into action in attempt to free the children from their restraints.  She braved the deep, cold water alone, risked her own safety and went above and beyond to try to rescue the children. 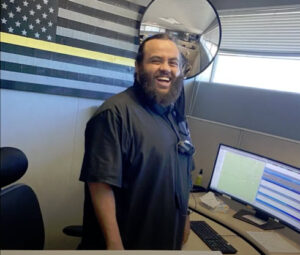 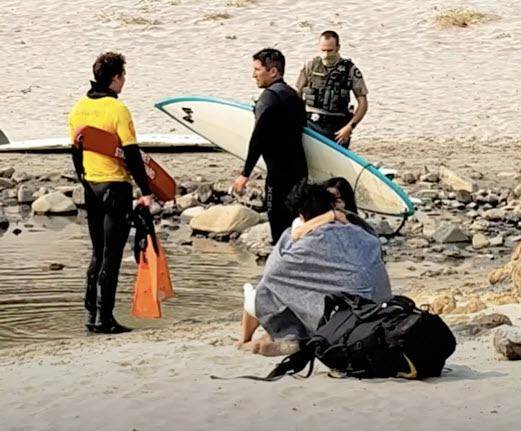 CSLEA Members Marcos Ortega and Ryan Petersen were awarded for saving a man’s life at Pfeiffer Beach after the man had fallen off a rock formation and into the ocean.  Ortega donned his wet suit and grabbed his board and began searching for the fall victim.  He was then joined by Peace Officer Lifeguard Petersen who responded from 30 minutes away.  One hour after the man had fallen, they heard yelling and discovered the victim in a sea cave.  In cold and life-threatening conditions, the two first responders brought the victim to safety.

These first responders jumped into action to assist with immediate evacuations and assist with rescues.