“California Department of Justice criminalists and the work they do every day in labs throughout California, are one of the most important tools law enforcement and criminal justice professionals have at their disposal as investigations and prosecutions are conducted.”  CSLEA President Alan Barcelona 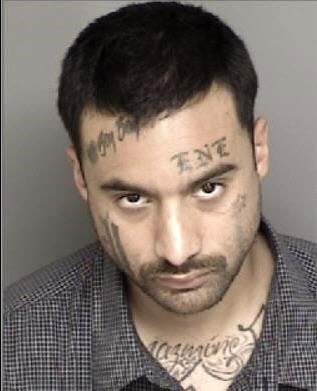 MONTEREY COUNTY –On April 15, 2021, the Monterey County District Attorney’s Office announced that Gabriel Otero pled guilty to robbery while personally using a firearm for the benefit of the Norteno Criminal Street Gang.

On November 24, 2018 in the city of Salinas, Gabriel Otero encouraged a young adult female to contact the robbery victim over social media. Otero did so because the victim shared over social media a photograph of himself with a significant amount of currency.

The victim agreed to meet the female at a south Salinas motel for sexual services. The female led the victim into the motel room where Otero waited inside. Otero came out of hiding and pointed a handgun at the victim, demanding his belongings. The victim complied with Otero’s demands and Otero let him leave the room. Salinas Police officers responded to the lobby of the motel where they located the victim. Officers soon thereafter apprehended Otero attempting to leave the motel. A loaded .357 magnum handgun was located underneath an ice machine at the motel. The California Department of Justice confirmed that Otero’s DNA was located on the firearm.

Sentencing is scheduled for May 13, 2021. Otero will receive 35 years in the California Department of Corrections and Rehabilitations because of Otero’s prior strike conviction.

Otero admitted that a portion of the proceeds of the robbery was for the Norteno gang in the form of a tax. Otero’s conviction is considered a strike under California Three Strikes Laws.