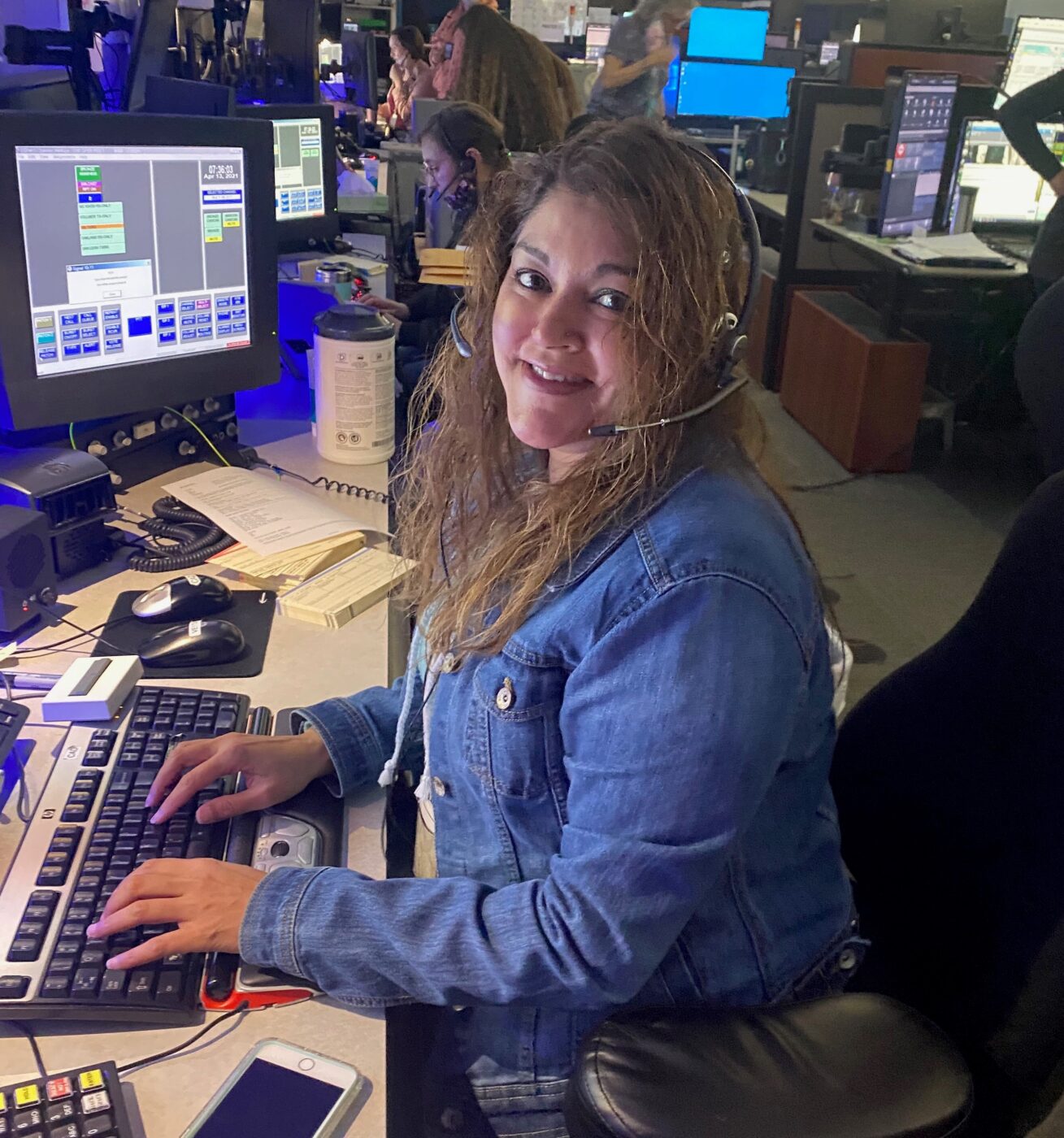 In the beginning of my career before google and GPS, I took a 911 call from a female who woke up in her crashed vehicle with no pants on. She had no idea how or what happened to her. After staying on the phone with her for almost an hour utilizing her horn and car lights and coordinating with radio dispatcher and officers, we found her.

What is one of your most memorable calls on radio?

We had a motorcycle that took off from multiple areas. The motorcycle rider was unaware that our airplane A31 was overhead and following. I coordinated with air and ground units for 30 minutes. The rider eventually went to a gas station with the intention to fill up his tank. He saw the CHP ground units and took off again. Ground units backed away while the air unit kept eyes on the rider. We knew he would eventually run out of fuel, which he ended up doing and gave up. We were able to take him in custody without any further issues.

If there is a second career in future wheat will it be?

I would love to travel so work part time for an airline to get discounts on air travel.

I am constantly telling jokes to make my coworkers laugh to lighten up the mood.

Yes, I had a woman who was broken down in the dark, scared and alone. I stayed on the phone with her until her help arrived. She was very grateful.

I had someone call 911 because they locked their keys in their vehicle in front of their house.

I am proud to be a site rep and a union board member. It gives me the chance to make a difference in so many people’s lives.

How do you relieve stress?

In the beginning of my career, I learned how to crochet from my coworkers. Crocheting helps me to relax. Talking to my coworkers also helps.

Best advice you have received from a fellow coworker?

Give the best service to each citizen one call at a time.

Dispatchers are at times the first contact a citizen has during an emergency or a crisis. It’s been a long- time coming for us to finally get the acknowledgment we well deserve. It makes me extremely happy not just for me but all dispatchers.

A picture of me and my daughter.

My sister was in the police academy at Napa Valley College. I was scared to become an officer but wanted to help people. My sister encouraged me to take the dispatcher course offered at the same college. After I complete course I applied for CHP. Almost 23 years later I am still working at the same center.