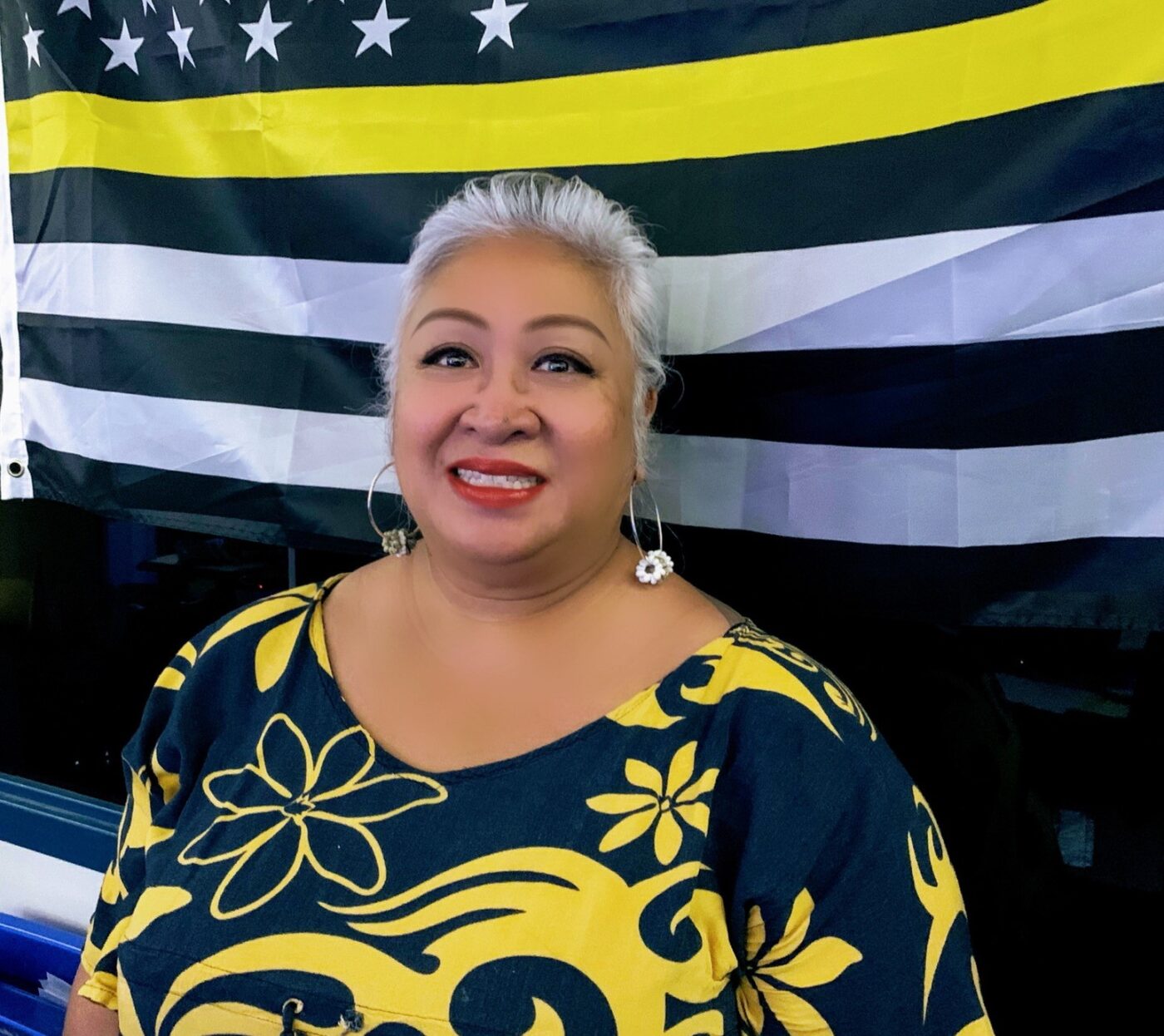 It was a call involving a 16-year-old who was left on the side of a freeway, hysterical and crying and did not know her exact location.  After several different questions to obtain her direction of travel, clothing description, etc. I routed the incident to the radio hoping she would be found.  I was requested by the juvenile to remain landline.  She advised she was grateful.  A CHP Marin SGT was able to locate her and I disconnected the call.  I received an email from the dispatcher on the radio, “You were so kind to her, if that was my daughter, I would want you to be the one to answer her call.

If there is a second career in your future what will it be?

My daughter once told me while standing around my husband’s restaurant, “Do what you do best, talk to strangers.”  I would be a greeter.

I would not describe my humor as quirky, but I know my humor makes me and those around me laugh.

The one that is most remembered was just prior to me getting released.  The 911 call threw me off and this was when we had the old telephone system.  The reporting party was unable to advise his location for several minutes.  He was whispering that he needed help but not giving what type of assistance he needed.  After finally getting direction of travel and possible location, I attempted to ask whether police, fire or medical was needed.   Reporting party then advised his situation.  “Do you understand what I am saying?  My pants are down to my ankles and I am stuck inside a vehicle with another person.”  I quickly waved to my trainer PSO and explained what the RP advised.  I made notification to CHP Stockton on request due to CHP Dublin area was extended.  Per CHP Stockton also advised the remote locations was well known for vehicles to park.  Air support also responded.

I received an award for employee of the year.  That award made me realize that I was on the right career path.  Several captains, supervisors and my coworkers who have approached me during my years as a public safety operator have asked why not promote to radio? I remember a public safety dispatcher II had advised me at my interview on Christmas Eve, “This job is not for everyone.”  I think of those words and advise them that I feel I am needed more on the service desk.  Answering 911 and public calls is a more diverse area for me.  Not once have I had the urge to promote which I feel is a good thing for me.

How do you relieve the stress?

I received an Apple watch from my children last year, it has a breathing reminder set every hour.  Also, talking with my co-workers in between calls J

Best advice you have received from a fellow dispatcher?

Per my trainer, retired PSO Jocelyn Carmichael and PSO Tami Caldera, always have empathy for your callers.  You never know what type of stress the reporting party is experiencing unless you have experienced an emergency yourself. This is so true, for I have had to dial 911 from my residence, two for medical emergencies, the other for a suspect in our backyard who shattered our kitchen window.

I’ve always thought dispatcher were not given enough recognition.  I was extremely happy that we were included and acknowledged as first resonders.

Number one is my calendar book that has pictures of my family and CHP family, water thermos and mini iPad.

My friend Peggy Flanders who is currently working for the state as deputy labor commissioner and I had worked together at American Hawaii Cruises.  I was the receptionist answering the phone, “Aloha, American Hawaii Cruises, how may I help you?”  Peggy had come across several positions opening up for the state and narrowed it down to two dispatcher job options for me to choose from – telephone operator at Napa State Hospital and public safety dispatcher for CHP.  She advised me CHP would be more suitable for me.  I thank her often to this day!