“This was a long-investigated case in which the victim, acting on suspicion and gut instinct, led police to the suspected rapist and only DNA testing, conducted by California DOJ criminalists, could confirm the rapist’s identity, which led to his arrest and conviction.” – CSLEA President Alan Barcelona 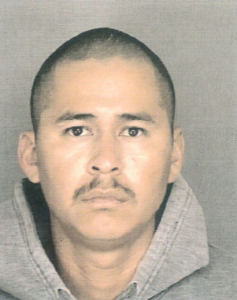 MONTEREY – On March 30, 2021, a Monterey County jury found Leonardo Ramirez Jr., 28, of King City, guilty of violently raping a 10-year-old girl during the commission of a residential burglary in which he had the intent to commit a sex offense. The jury also found that he personally inflicted bodily harm on the child and personally used a dangerous weapon.

On February 3, 2018, at around 7 a.m., Jane Doe (age 10) woke up to a man in her bedroom who was wearing a mask over his entire face, gloves, a dark hoody, and was holding what looked like a black handgun. When she tried to scream for help, he covered her mouth and nose and told her to shut up as he pointed the gun at her head. She was scared for her life and complied.

For more than two years that followed, police interviewed suspects and took DNA swabs, trying to identify Jane’s rapist.  All potential suspects were excluded by DNA analysis. The rapist’s DNA profile was uploaded to the FBI’s DNA database, CODIS, but received no matches. A familial DNA search to possibly identify relatives of the rapist was conducted, but still no clues could identify the rapist.

In February 2020, police received a break. Leonardo Ramirez Jr., a cousin-in-law of Jane’s, added her on SnapChat. Because he was so much older, this made Jane Doe suspicious. Jane remembered that Ramirez had a similar accent and similar build to her rapist and she alerted the detectives. For months, police tried to devise a ruse so they could obtain Ramirez’s DNA without him knowing.

On May 20, 2020, King City Police set up a meeting with Ramirez under the pretext of discussing another burglary investigation. When Ramirez entered the police station, the detectives threw away their used COVID masks and put on new ones. They then offered Ramirez a new surgical mask to replace his old one. He accepted the new mask and discarded his old one into a waste bin that was actually lined with an evidence bag. Police sent the mask for DNA testing with a rush request. Because of the seriousness of the case, the California Department of Justice expedited the request and was able to confirm 10 days later that Ramirez was in fact the rapist.

Ramirez will receive a mandatory sentence of life without parole because of the various factual enhancements that the jury found true.