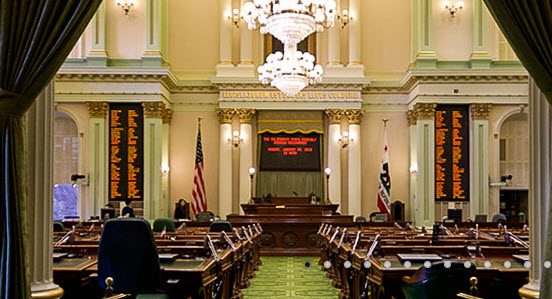 Assemblymember Jim Cooper (D-Elk Grove) presented the bill on behalf Senator Stern and in asking for committee members’ aye votes spoke of the emotionally draining work that first responders, including public safety dispatchers and operators, do in life and death situations.

Under SB 284, Section 3212.15 of the Labor Code would be amended to include public safety dispatchers, operators and emergency communication employees, as well as all state Bargaining Unit 7 peace officers and fire fighters.

SB 284 would provide timely access to needed treatment for the first responders added to the list, said Assemblymember Cooper.  Cooper spoke about his experience as a 30-year law enforcement veteran and having knowledge of the types of calls public safety dispatchers and operators assist with each day.  “Hearing someone’s last dying words, is tough on your soul,” said Cooper, who expressed concern for dispatchers and operators who routinely assist people in desperate need of help – callers who are trapped in burning or sinking vehicles, callers attacked in domestic violence, callers begging for their lives due to some type of emergency.

Assemblymember Mike Gipson (D-Carson) also spoke in support of the bill stating, “We’re talking about front line individuals.  We need to do what we can to be sure people who serve us are taken care of.”