“CSLEA applauds the efforts to stop the illegal cultivation of cannabis in California as it can lead to the determent of our water supplies, our fish and wildlife, and public safety.  We are also concerned for the safety of the officers serving these search warrants as many of these growers are armed." – CSLEA President Alan Barcelona 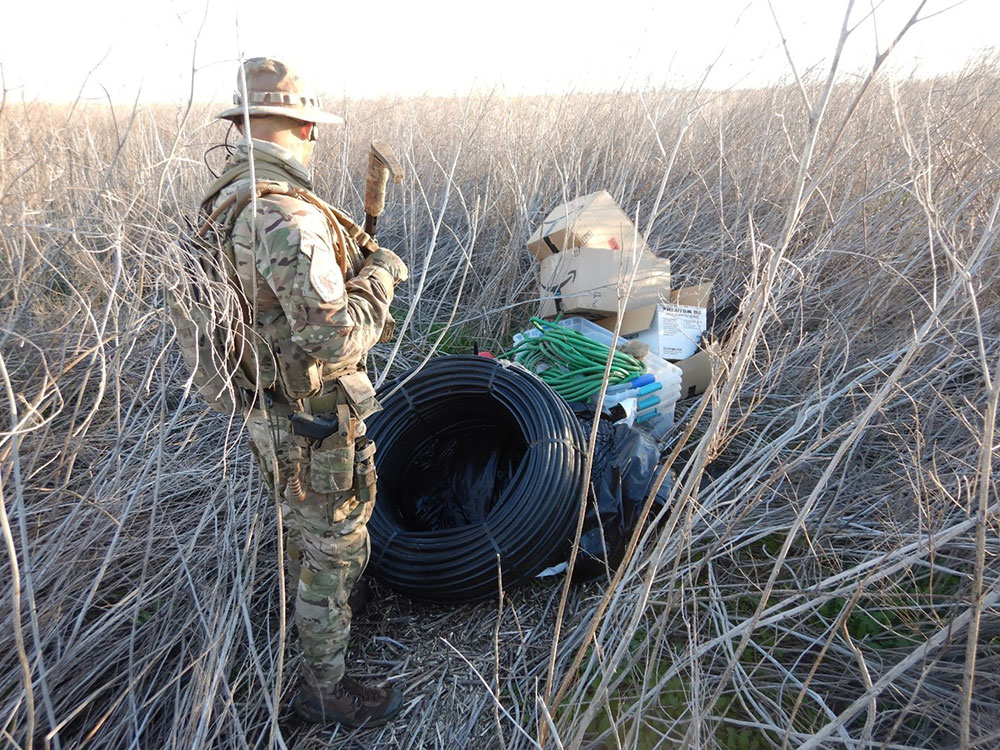 SACRAMENTO- During the months of May and June, California Department of Fish and Wildlife (CDFW) officers in the Cannabis Enforcement Program took action against several illegal cannabis operators in the desert areas of Southern California. During some of the operations, wildlife officers from the surrounding areas came together for multiple days, targeting sites in sensitive habitat and priority watersheds.

CDFW officers and environmental scientists were joined by investigative staff from the State Water Resources Control Board and the state licensing authority as well as other allied agencies.

In all the investigations, a thorough records check was conducted to confirm if any of the sites had taken steps to secure a state license and a county permit. None of the parcels were licensed by the state or permitted by the county for commercial cannabis cultivation.

On May 12 and 13 in Llano, CDFW officers served five search warrants on five separate parcels and eradicated 6,000 plants. One firearm was seized and $9,500 was confiscated. On site, CDFW environmental scientists documented several environmental violations, which included a substantial streambed alteration, placing materials deleterious to fish and wildlife where they may pass into the stream, and stockpiling rubbish in and around a nearby ephemeral stream. Two individuals were detained and formal complaints will be filed with the Los Angeles County District Attorney’s office.

In Mojave on May 21, CDFW officers assisted the High Intensity Drug Trafficking Areas program with support on multiple search warrants, which resulted in 21,899 illegal cannabis plants being eradicated, seven firearms seized and $21,523 confiscated. Twenty-six people were detained and formal complaints will be filed with the Kern County District Attorney’s office.