“State law enforcement officers worked together to eradicated hundreds of plants and dismantled an illegal cannabis camp operating in a preserve where wildlife should flourish, not be harmed by garbage, chemicals and tainted water supplies.” – CSLEA President Alan Barcelona 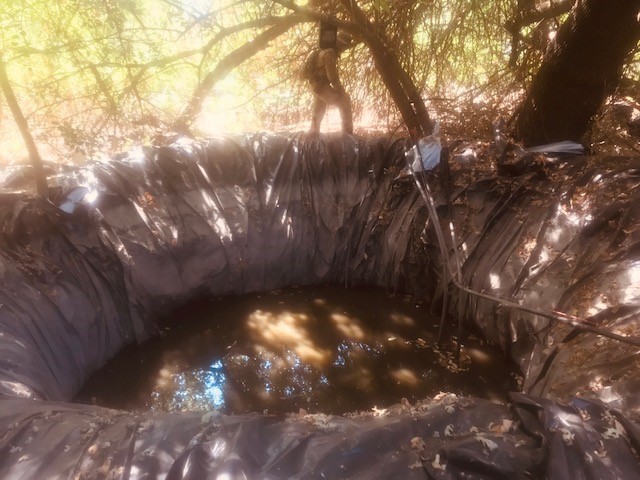 SACRAMENTO- On September 9, 2021, California Department of Fish and Wildlife (CDFW) Officers, along with the California Department of Justice’s Campaign Against Marijuana Planting (CAMP), shut down an illegal cannabis operation on state property that is a wildlife preserve in southern Sacramento County. Support was also provided by the National Guard and a CDFW environmental scientist.

Law enforcement officers eradicated more than 1,300 plants and found piles of garbage, camping equipment, two generators and three makeshift latrines. Numerous environmental violations were documented by the onsite CDFW scientist, including a sophisticated illegal water diversion and a 10-foot-deep plastic lined mixing pond with unknown chemicals in it, which could be potentially deadly for wildlife that drink from it or become trapped and drown.

It’s estimated the plants had been in the ground for approximately 90 days and would have been harvested within a month. Large quantities of recently purchased food and water supplies were confiscated and donated to a local food bank.

The illegal grow was located in sensitive wildlife habitat and next to an ongoing research study that focused on state and federally listed giant garter snakes. The property is also home to otters, western pond turtles, mule deer, gray foxes, bobcats and hundreds of bird species.

No suspects were arrested, but the investigation is ongoing.