“California is so fortunate to have Department of Justice forensic labs where highly educated and trained criminalists assist law enforcement with investigations by processing and evaluating evidence that either convicts or exonerates individuals.  Their work is vital to criminal justice and public safety.” – CSLEA President Alan Barcelona 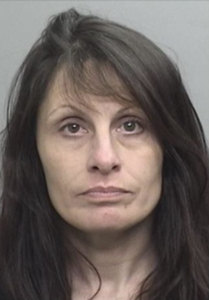 UKIAH – On September 30, 2021, Gina Rae Bean, 43, of Fort Bragg was found guilty by court trial of leaving the scene of an accident resulting in the death of another person.

On July 18, 2019, Bean was involved in a traffic collision that occurred on Highway 1 at Little Lake Road resulting in fatal injuries to 21-year-old Calum Pulido (Hunnicutt), who was skateboarding with a friend west down Little Lake Road. Bean failed to stop, failed to render aid, failed to call for help, and failed to notify law enforcement of the accident. Bean, was driving northbound on Highway 1 when she struck Pulido at about 10:45 at night.

Bean waived her right to a trial by jury and agreed to a bench trial before Mendocino County Superior Court Presiding Judge Ann Moorman.

The defendant then presented, through her attorney, the testimony of defense witnesses, supported by defense evidence. Bean took the witness stand, and testified at the trial.

The matter has now been referred to the Adult Probation Department for a background study of the defendant and a sentencing recommendation. The sentencing hearing is scheduled for December 3, 2021

Since the accident resulted in a death, the defendant could be sentenced to up to four years in state prison.  Alternatively, she also could be placed on supervised probation for no more than two years. If probation is granted, one of the terms of a grant of supervised probation must be that the defendant will serve no less than 90 days and she could be ordered to serve up to one year in the county jail, meaning, with credits, no less than 45 days up to no more than 180 actual days.

The law enforcement agencies that assisted with this case, including tracking down the defendant, locating the vehicle that was already under repair when it was found and seized, and developed other evidence supporting the guilty verdict were the California Highway Patrol, the California Department of Justice crime laboratories in Eureka and Sacramento, and the District Attorney's investigators.