CSLEA Board of Directors Holds Last Meeting of 2021 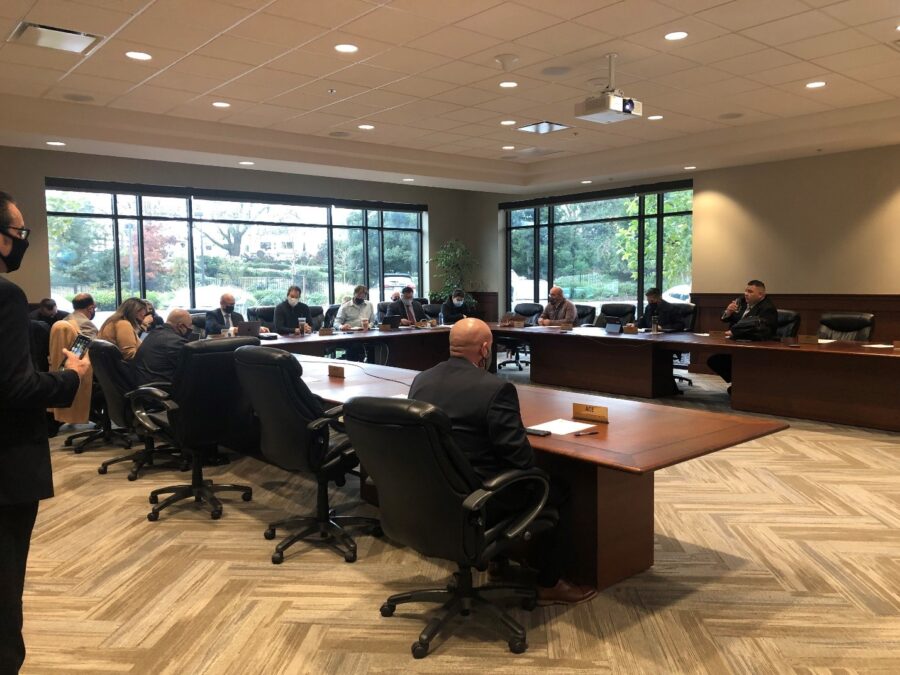 SACRAMENTO – California Statewide Law Enforcement Association (CSLEA) officers and directors met at CSLEA headquarters and via video conference on December 14, 2021 for their final board meeting of the year.

“It is important for us to come together as a group to set our goals, evaluate our areas of accomplishment and to look at where we might need to focus additional attention,” said CSLEA President Alan Barcelona.  “Thank you to our directors for dedicating the time, effort and passion needed to serve our valued CSLEA members.”

In addition to receiving updates from consultants and staff, the board had the opportunity to discuss and ask questions about endorsement considerations, COVID-19, California’s business climate and economic forecast, and potential essential workers’ pay.

Board actions - The CSLEA Board voted to

Essential Worker Pay:  CSLEA directors expressed their members’ frustration over the delay in any potential essential workers’ pay.  CSLEA Chief Counsel Clark outlined his recent and past conversations with CalHR on the topic.  CSLEA President Alan Barcelona acknowledged the frustration presented at the meeting and suggested avenues he could take to receive some answers to their inquiries.

“Our year-end meeting was full of information.  CSLEA continues to work on issues regarding each of our affiliates.  CHP-PSDA is always on the frontline working for its members.  We want to wish each and every one of you a very merry Christmas and a happy new year!”

“It is a pleasure to be together as a Board of Directors working collectively for the benefit of our members.”

“CSLEA updated directors on COVID-19 and issues surrounding reasonable accommodations, essential worker pay, and peace officer licensing issues.  It is nice to hear and see that our legal and executive teams are on top of all of this and representing us.”

“It is always a pleasure to see how dedicated and hard working the CSLEA team is. I know that all of the Unit 7 members are well represented.”

“It was nice being able to meet with other affiliate presidents to discuss common issues and to try to find ways to increase benefits to our members.”

“Happy holidays to our members and their families.  CSLEA directors met for the last time this year and we continue to work for your benefits.  We went through our annual consolidated financial report and we are solid as a union with a significant percent in liquid assets, we opened the door to LDF coverage as it pertains to SB 2 and peace officer licensing; in addition to opening conversations with CalHR on representing supervisors.”

“As we close out the year, many important decisions are still being discussed. We look forward to hopefully adding CAFDI’s Supervising Food and Drug Investigators as full members in the near future. Thanks to CSLEA Senior Counsel Andrea Perez, Chief Counsel Kasey Clark, and President Alan Barcelona for all their hard work and contributions towards our affiliate.”

“We will continue to monitor the new COVID variant and the fast-changing vehicle technology for our COLRE members.”