“The work conducted by Oil Spill Prevention Specialists at CDFW’s Office of Spill Prevention and Response often goes unrecognized however they are true professionals whose work helps to keep all of us, and our environment protected from harm.  We sincerely thank them for the work they do to keep us safe.” – Alan Barcelona, CSLEA President 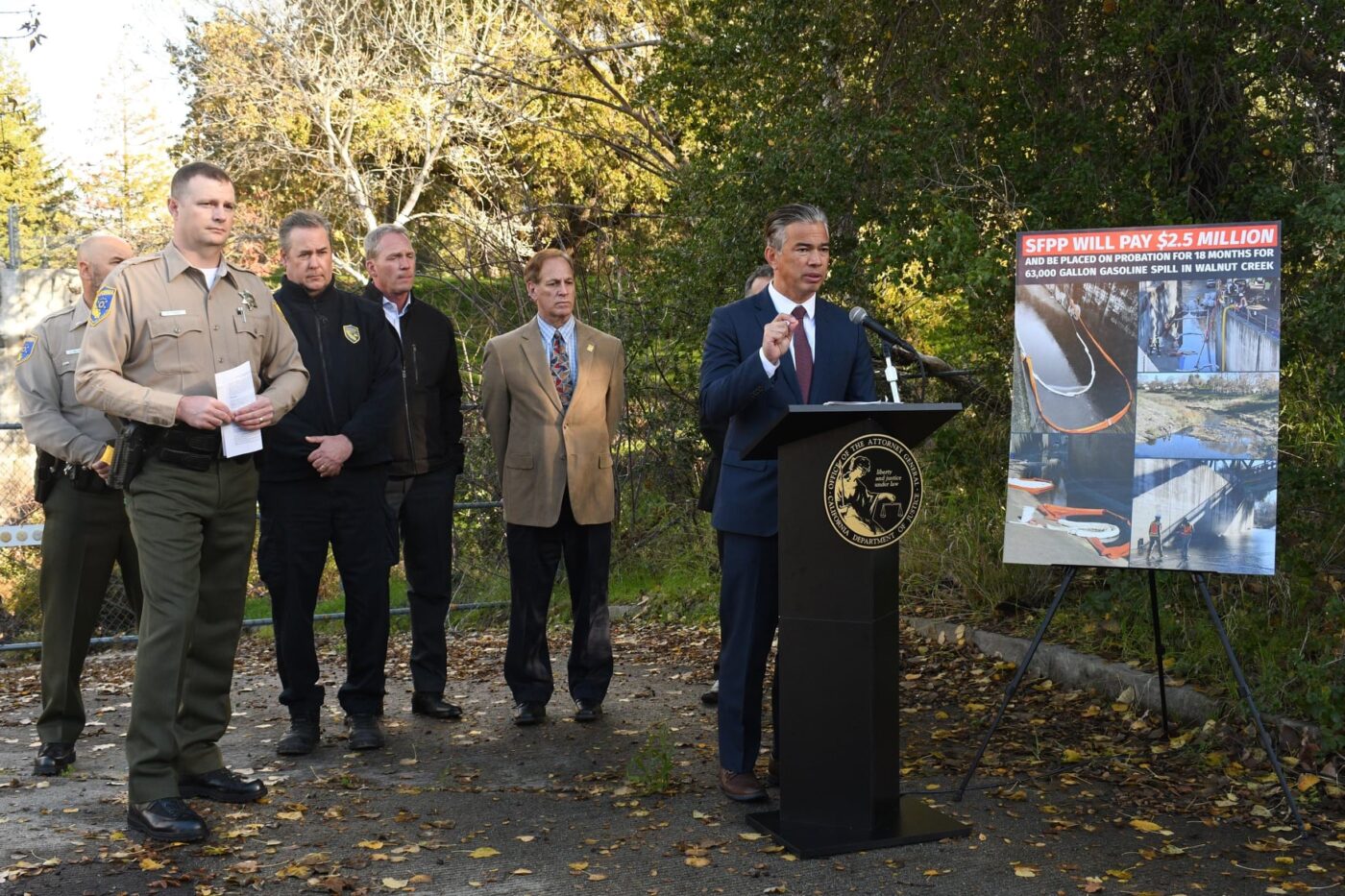 WALNUT CREEK – On December 16, 2021, the California Attorney General’s Office announced the sentencing of SFPP, a subsidiary of Kinder Morgan Energy Partners, in Contra Costa County Superior Court for discharging more than 63,000 gallons of gasoline from a cracked pipeline into a waterway that ultimately flowed to the Walnut Creek Canal in November 2020.

SFPP was sentenced to pay $2.5 million in fines, penalties, and assessments for cleanup, restitution, and investigative costs, and was placed on probation for 18 months. The sentencing is the result of charges brought by the California Department of Justice’s Special Prosecutions Section and an investigation by the California Department of Fish and Wildlife’s (CDFW) Office of Spill Prevention and Response (OSPR). 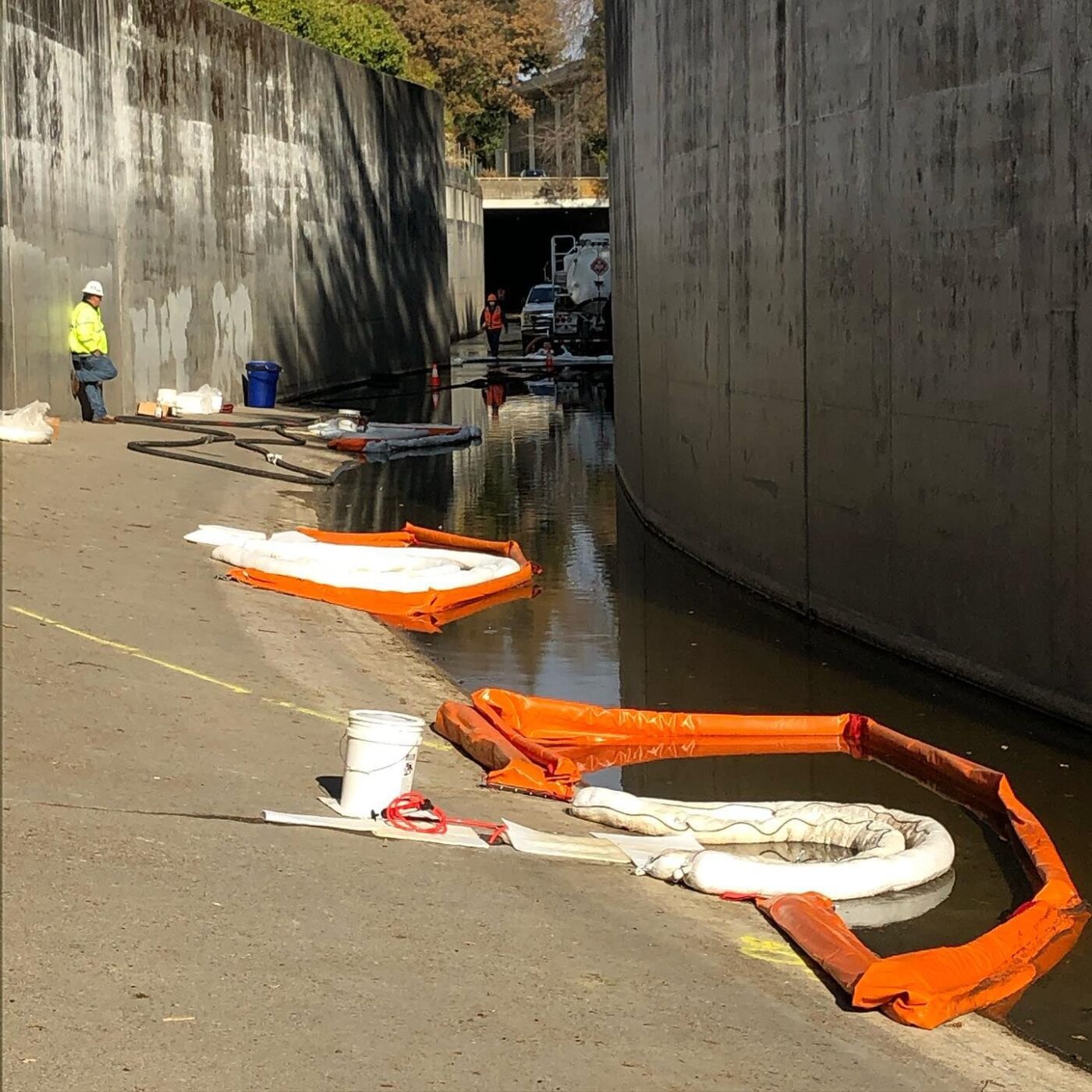 “When corporations pollute our waterways and endanger our fish and wildlife, we all pay a price,” said Attorney General Rob Bonta. “While we can't undo the damage already done to the community and environment of Walnut Creek, today’s sentencing of Kinder Morgan is a step forward. I want to thank the California Department of Fish and Wildlife for their partnership here and for their ongoing work to clean up this environmental disaster. At the California Department of Justice, we will continue to work with our local, state, and federal partners to protect our environment and hold those who endanger it accountable.”

“This plea agreement represents our strong partnership with the Attorney General’s office to pursue companies and penalize them for polluting when they knowingly fail to begin their cleanup as required by state laws," said Thomas Cullen, Administrator of CDFW OSPR. “The public should know that when an oil spill happens in California, we will hold those responsible accountable, and require a thorough and rapid cleanup and restoration."

Kinder Morgan is one of the largest energy companies in the country, owning or operating approximately 83,000 miles of pipeline throughout the United States. Its subsidiary SFPP operates oil and gas pipelines in the Bay Area that connect to refineries in Richmond and Martinez and distribute oil and gas from San Jose to Sacramento. 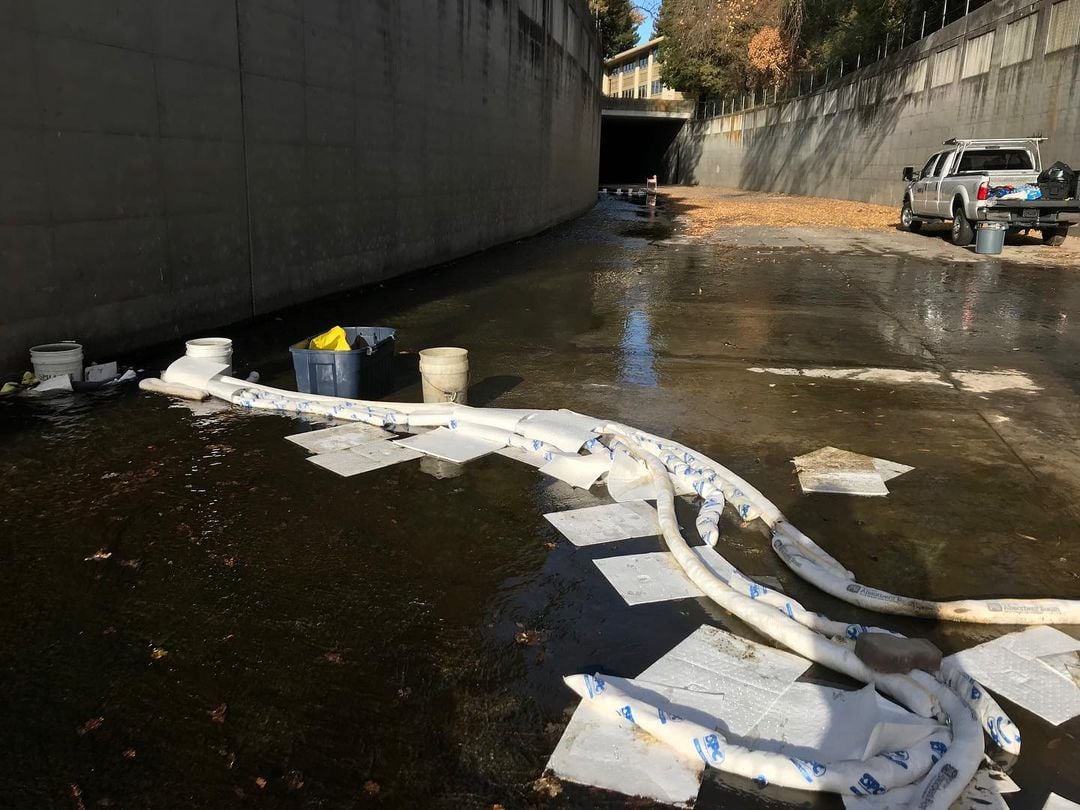 On the morning of November 20, 2020, pipeline operators at SFPP noticed that its Line Section 16, a pipeline transporting gasoline from SFPP’s Concord tanks to a facility in San Jose, was experiencing a loss of pressure. Despite numerous indications of distress, employees at SFPP insisted on locating visual signs of a spill before reporting it to the California Governor's Office of Emergency Services. Even after locating the release, SFPP took more than two weeks to determine the size of the spill and make an accurate and complete report to responding agencies in violation of state law.

The 2020 spill was not Kinder Morgan's first safety violation in the Bay Area. In 2004, a Kinder Morgan pipeline exploded in Walnut Creek, killing five people. In 2005, an SFPP pipeline spill released 126,000 gallons of oil into the Suisun Marsh.

At today’s arraignment, SFPP pled no contest to the criminal charges of failing to immediately report a discharge of oil into waters of the state and water pollution. As part of the plea agreement, SFPP will pay $2.5 million and be placed on probation for 18 months. The terms of the probation include:

A copy of the plea agreement can be found here.