“There is little room to outrun the law as technology continues to advance and California DOJ criminalists continue to perform the vital criminal justice work that they do in labs throughout California.  Cases would simply remain unsolved if not for the work they, and investigators, do.” – CSLEA President Alan Barcelona 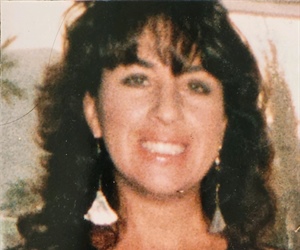 RIVERSIDE – On March 8, 2022, the Riverside County District Attorney’s Office announce the arrest of Sharron Eugene Gadlin, 48, of Gardena, for the murder nearly 28 years ago, of Cheri Huss, of Desert Hot Springs.  Huss was found stabbed to death inside her apartment on April 24, 1994.

Gadlin was arrested March 4, 2022, when investigators pulled over his car at 135th and Western Avenue in Gardena. He was booked at the Robert Presley Detention Center in lieu of $1 million bail.

Huss had been stabbed multiple times and was bitten by her killer. Homicide investigators also found that she had fought off her attacker which caused the person to leave blood, determined by testing to be from a male, at the crime scene. Forensic testing confirmed that the blood from the male matched the DNA of saliva left behind in the bite marks on the victim.

After years of investigation and regular attempts to match the suspect’s DNA profile to a profile in the Combined DNA Index System (CODIS) that came up with no match, Cheri’s case went cold. Then, in February 2022, using forensic genetic genealogy the Regional Cold Case Team was able to identify Gadlin as a person of interest in the crime and discovered he lived in Thousand Palms in 1994, about 12 miles from the murder scene.

Cold case investigators sought and were granted a warrant to obtain a saliva sample from Gadlin which was done on Feb. 14, 2022. Four days later, on Feb. 18th, investigators received confirmation from the California Department of Justice lab that there was a DNA match of the saliva to the DNA profile of the person suspected of murdering Cheri Huss.

“I hope Cheri and her family will finally get the justice they deserve and have waited so long for,” District Attorney Mike Hestrin said. “Our cold case team of investigators will continue to use cutting edge technology to solve old murder cases across Riverside County.  Our prosecutors will continue to vigorously prosecute these murderers until we get justice for their victims.”