“Kudos to the CDFW officers who spent many hours investigating this major poaching operation and, in the process, discovered additional crimes involving illegal narcotics and weapons.” – CSLEA President Alan Barcelona 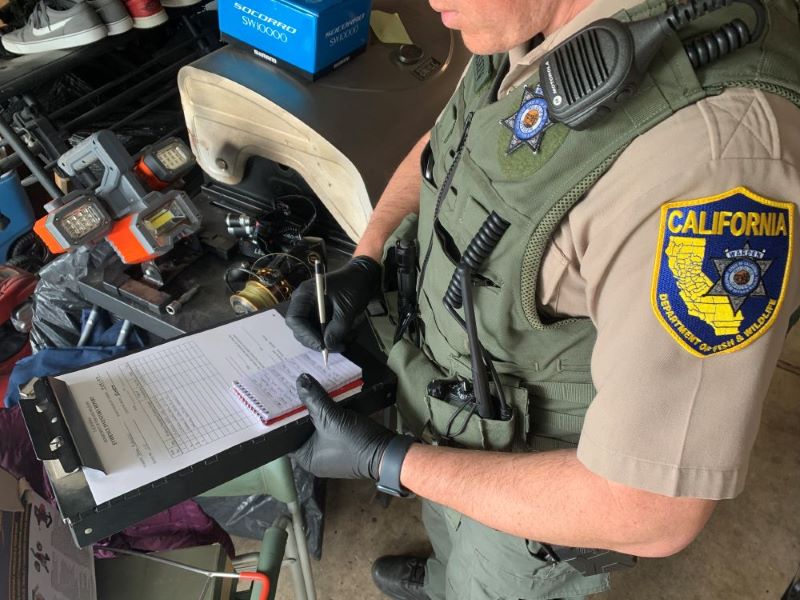 SACRAMENTO – On April 21, 2022, the California Department of Fish and Wildlife (CDFW) announced that CDFW officers arrested eight men on suspicion of poaching white sturgeon from Sacramento Valley waterways. The men face multiple charges, including intention to sell the fish and their products on the illegal market. At least two of the individuals are known repeat offenders. A ninth man was arrested on suspicion of selling Dungeness crab and red abalone on the illegal market.

CDFW officers were initially investigating two separate poaching cases when they discovered a connection between the suspects, leading them to merge the two cases into one.

In May 2021, CDFW officers began investigating Oakland residents Andrew Chao, 31, and Ay Pou Saechao, 35, for allegedly catching sturgeon, removing the sturgeon’s eggs and selling them to Igor, Lyudmila, Yevgeniy and Olga Petryanik, in San Francisco. The Petryanik family is suspected of processing the sturgeon roe into caviar and selling it on the illegal wildlife market. Chao and all four members of the Petryanik family are facing poaching charges in a case that is still pending prosecution. 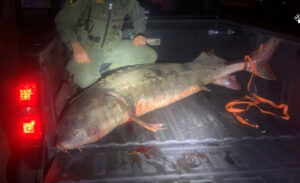 In January 2022, wildlife officers began investigating Chao and Saechao again for allegedly poaching sturgeon from the Sacramento River near Knights Landing. On March 14, officers performed a traffic stop and found an 85.5-inch white sturgeon in the back of Chao’s vehicle. Chao was arrested on additional charges of conspiring to poach sturgeon and possession of an oversized sturgeon. In this case, the fish was still alive, and officers successfully returned it to the water after quickly taking evidence photos.

During the investigation of the Knight’s Landing case, officers found a link connecting Chao and Saechao to another simultaneous investigation involving multiple sturgeon poaching suspects. Wildlife officers spent a considerable amount of time conducting surveillance on the additional suspects and believe the suspects caught a combined total of at least 36 sturgeon throughout the investigation. The suspects were also observed catching and using juvenile salmon as bait for the sturgeon, another unlawful act. Independent of the sturgeon poaching investigation, some of the suspects are also suspected of poaching and selling abalone and sport-harvested crabs on the illegal market. Abalone are now a protected species and may not be recreationally harvested. 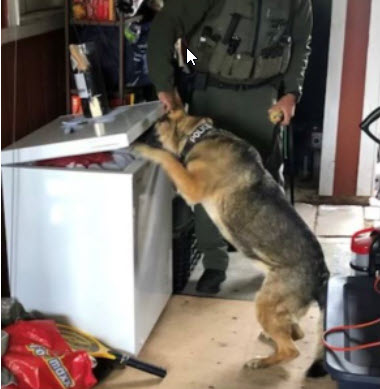 Wildlife officers also discovered at least five unlawfully possessed deer (the total number will be determined after genetic analysis is complete), abalone, five illegal firearms including a full-auto handgun, a “ghost gun” with no serial number and an unlawfully possessed AR-15 assault rifle. Officers also found illegal narcotics intended for sale, including more than 1,000 pounds of illegal cannabis, and more than $57,000 in cash and counterfeit currency. During surveillance of the suspects while they were fishing, wildlife officers observed dozens of counts of littering, as the suspects routinely discarded their beverage containers and food wrappers into the river. Their observations of litter will be included among the violations presented to the District Attorney for potential prosecution.

“I am proud of the dedicated wildlife officers who spent countless hours investigating this wildlife trafficking case to protect our native sturgeon population, which is already severely affected by historic drought conditions,” said David Bess, CDFW Deputy Director and Chief of the Law Enforcement Division. “Wildlife trafficking, coupled with suspected narcotics trafficking discovered in this investigation, is motivated by greed and personal profit. We take it seriously when poachers commercialize our wildlife, and we will continue to do everything we can to bring these individuals to justice.”