“CDFW officers investigate illegal cannabis grows as a way to protect our environment and also protect legal cannabis operations in which operators are licensed and regulated.  Serving search warrants at these suspected illegal operations  can be very dangerous for officers as often they encounter firearms on the premises.” – CSLEA President Alan Barcelona 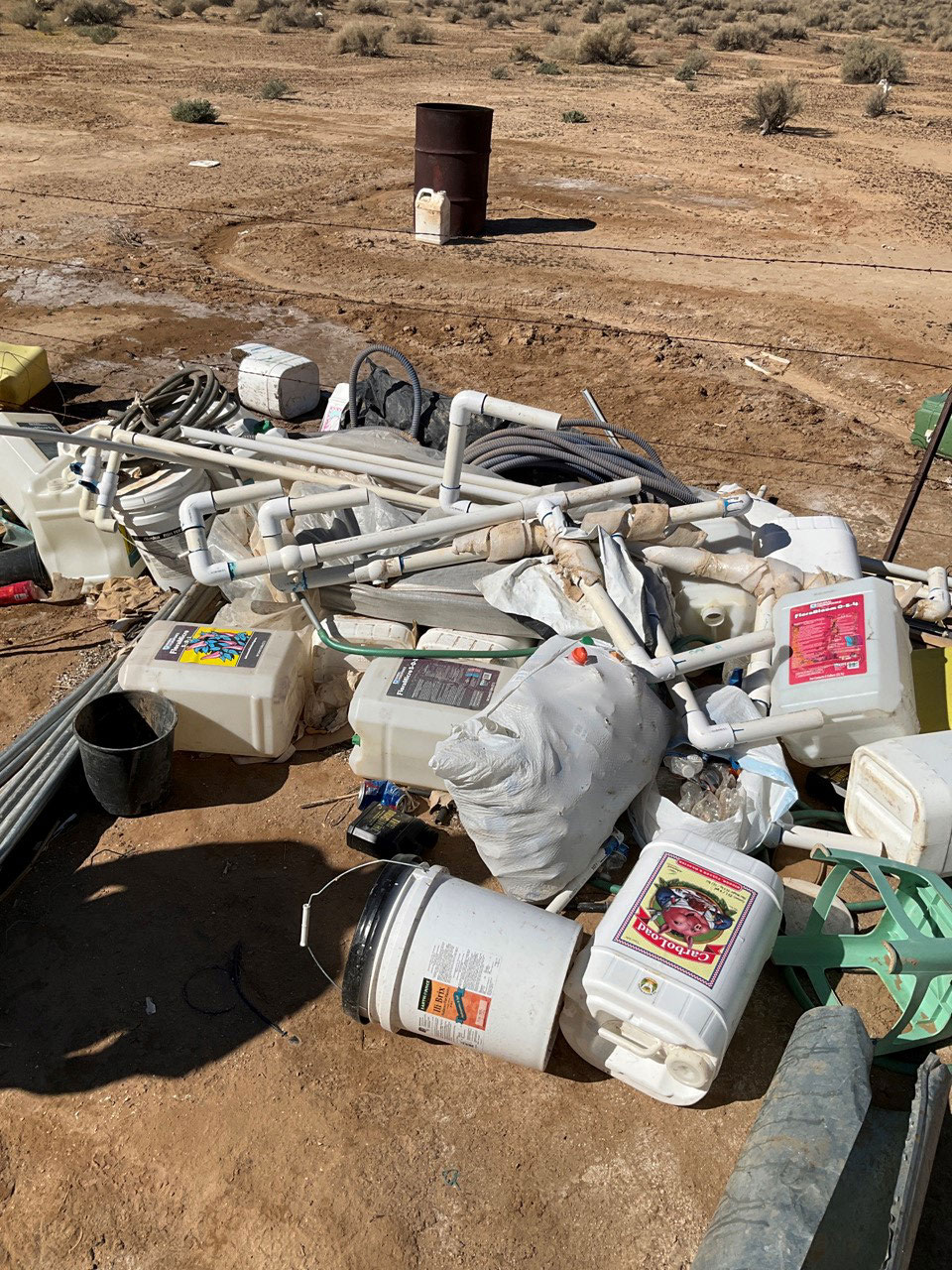 KERN COUNTY - On March 11, 2022, officers at the California Department of Fish and Wildlife (CDFW) served a search warrant on a 15-acre property in Garlock, east of Bakersfield.

The warrant was part of an investigation into illegal cannabis cultivation and associated environmental crimes. Assistance was provided by CDFW’s environmental scientists and the Kern County Sheriff’s Department.

Onsite, officers eradicated 41,053 illegal cannabis plants being grown in 26 of the 43 greenhouses on the property. Approximately 2,000 pounds of processed cannabis were discovered and destroyed. Five loaded firearms staged in various locations throughout the property were also seized.

CDFW scientists documented several environmental violations, which ranged from a streambed alteration to depositing chemicals, petroleum, trash and human waste into a waterway. One significant violation was a large hole dug into the streambed’s bottom where thousands of pounds of trash, debris, tires, piping, fertilizer, pesticide containers and nonoperational vehicles had been discarded.

Law enforcement officers arrested the property owner who was onsite during the warrant service, as well as 14 others for a variety of Fish and Game Code and Health and Safety Code violations. The operator of the illegal cannabis operation is facing several felony charges for multiple environmental violations found on her property.