Senate Bill 2 which was enacted into law last year requires the California Commission on Peace Officers Standards and Training (POST) to adopt regulations no later than January 1, 2023, which require that all peace officers in the State of California be licensed and which define conduct which could result in the suspension or revocation of a peace officer’s license. The following is a summary of the licensing requirements and the process for taking actions on the license of a peace officer.

Peace Officers Within Scope of SB 2

Peace officers whose appointment is based on the following Penal Code sections are subject to SB 2 certification regardless of whether they are employed at a POST-participating agency: PC 830.1, PC 830.2 except subsection (d), PC 830.3, PC 830.32, PC 830.33.  All other peace officers from a POST agency including reserve and qualifying jail deputies. CDCR officers, probation officers and non-POST participating reserve officers are not subject to SB 2. Certification means an unexpired Proof of Eligibility (POE) or Basic POST Certificate.

All peace officers who are subject to SB 2 who do not possess or are not eligible for a POST Basic Certificate are required to electronically submit to POST Proof of Eligibility (POE) which includes an attestation within ten (10) days of employment.  All peace officers subject to PC 830.1 are required to obtain a Basic POST Certificate within 18-24 months of employment. On January 1, 2023, POST will issue a POE to all peace officers previously properly appointed pursuant to the above PC sections or employed at a POST agency who do not possess a POST Basic Certificate.

Language in SB 2 which would have authorized an initial $350 for a Basic POST or POE certification fee and an annual $250 re-certification fee was amended out and the statute is now silent with respect to licensing fees.  It is likely there will be future legislation to authorize POST to charge such fees. The responsibility for the payment of such fees will likely fall on the employing agency which would then be able to seek reimbursement from the State as a local mandated cost.

Each agency must submit an Affidavit of Separation for any peace officer subject to SB 2 within ten (10) days of separation from employment for any reason.  Agency must note whether separation was part of any settlement of a criminal, civil or administrative charge.  The officer must receive notice of the affidavit and an opportunity to respond if they disagree with the stated reasons for the separation.

ACTIONS ON A PEACE OFFICER’S LICENSE

The conduct which could subject an officer’s license to suspension or revocation will be based on regulations which define “serious misconduct” which SB 2 is summarized as follows:

(1) Dishonesty relating to the reporting, investigation, or prosecution of a crime, or investigation of misconduct by a peace officer, falsifying, destroying, or concealing evidence, tampering with data recorded by a body-worn camera;

(2) Abuse of power, including, but not limited to, intimidating witnesses, knowingly obtaining a false confession, and knowingly making a false arrest;

(3) Physical abuse, including excessive or unreasonable use of force;

(6) Acts that violate the law and are sufficiently egregious or repeated as to be inconsistent with a peace officer’s obligation to uphold the law or respect the rights of members of the public;

(7) Participation in a law enforcement gang;

(8) Failure to cooperate with an investigation into potential police misconduct; and,

(9) Failure to intercede when present and observing another officer using force that is clearly beyond that which is necessary.

Although some of the definitions are self-explanatory, i.e. dishonesty and sexual assault, a number of the definitions are problematic and will likely need to be clarified through litigation in the suspension/decertification process.  For example, abuse of process could arguably apply to any act by a peace officer over another person that is deemed to be excessive or unnecessary.  Physical abuse could arguably apply to situations where the amount of force was within reason but the choice of tactics was improper.  Although the statutory definition of bias states that serious misconduct does not include 1st Amendment protected activity, it will arguably be applied to off-duty statements made by an officer via social media that reflect a racial bias. Egregious acts which are not criminal are subjective as to what might be viewed as egregious. Participation in a law enforcement gang does require demonstration of conduct targeted at members of a protected class. The definition of failure to cooperate does exclude an officer’s exercise of rights under the Constitution, such as the right against self-incrimination, or under State law, such as the right to a representative under the Peace Officers Procedural Bill of Rights Act. The definition of failure to intercede does specify that the determination is based on an objectively reasonable officer under the circumstances.

Effective January 1, 2023, agencies are obligated to complete administrative investigations of serious misconduct.  Agencies will no longer be permitted to close a case because an officer has resigned or retired from the department.

Procedure for Investigating/Acting on Licenses

New Post Standards and Accountability Division (Division) will review investigations conducted by employing or other agencies and conduct additional investigations as necessary into allegations of serious misconduct. Division will present findings and recommendations to the POST Advisory Board and Commission and bring proceedings seeking license suspension or revocation.  Determination of whether serious misconduct occurred is based on a clear and convincing standard of evidence which is less than the criminal standard for conviction of beyond a reasonable doubt but greater than the general civil standard of preponderance of evidence, i.e. more likely than not.

If an action on the license is recommended, the officer and employing agency will be notified and the officer will have thirty (30) days to file a request for review of the determination.  If requested, the Division will schedule a hearing before an administrative law judge.

At any time in the process, an officer subject to a suspension or revocation proceeding may voluntarily surrender their license. A voluntary surrender has the same effect as revocation.

An officer’s license shall be subject to an immediate temporary suspension if the officer is subject to an arrest or indictment for any crime identified in Government Code Section 1029, where the officer has been terminated by their agency for serious misconduct, or if it is within the best interests of the health, safety and welfare of the public as determined by the Executive Director.

SB 2 requires that POST accept complaints from citizens and has developed a process for filing such complaints.  Citizen complaints will be referred to the officer’s employing agency for review and investigation.

Upon completion of the investigation, the peace officer subject to potential license suspension or revocation will receive notice which contains the following information: (1) a statement that the investigation has been completed; (2) a statement of determination and the reasons: (3) a detailed explanation of the decertification procedure: and, (4) the peace officer’s right to contest and appeal.

POST Form 2-359 Request for Review of Peace Officer Decertification (pending regulatory review) is a form which must be completed by the peace officer to contest possible license suspension/revocation. Form must be postmarked within thirty (30) days of receipt of the written notification of intent to take action. If request for review is not received, the peace officer’s certification will be revoked consistent with the Division’s determination without further action.  If a request for review is received, a hearing shall be scheduled before the Standards Accountability Advisory Board (Board).

The Board, by majority vote, shall review findings of Division and make recommendations to the Commission on what actions should be taken on certification.  The Board may request that Division conduct additional investigation or request the Commission to direct the Division to do so.

The peace officer shall be furnished with all material used by the Division to make the decision.  The peace officer or representative shall be entitled to be present when feasible to present written or oral arguments.  Hearings are open to the public.

Hearings are conducted pursuant to the Administrative Procedures Act.  Evidentiary hearing where parties have the right to present witness testimony.  Hearings are public but ALJ has authority to close all or part of the hearing.  The ALJ’s decision shall be in writing and shall set for the factual and legal basis for the decision.

Commission shall review findings and recommendation of the ALJ and shall accept or reject the decision and make the final determination with respect to the license. Officer, agency and district attorney shall be notified of the final determination.  Decisions will be noted on the National Decertification Index (NDI) and POST websites.

Officer subject to license suspension or revocation must complete, wet sign and submit to EDI within ten (10) days of separation. The employing agency must maintain a copy.

The staff of five (5) CSLEA attorneys who presently represent members in disciplinary actions by their agencies will also represent peace officer members on an action on their license on cases which meet the definition of serious misconduct.  As the initial plan is for POST to rely on the investigation of the employing agency, much of the investigative representation will have been furnished.  To the extent POST requires an agency to supplement their prior administrative investigation, CSLEA attorneys will be present to represent the member should they be directed to appear for an interview.

CSLEA attorneys will also assist peace officer members in their written and/or oral presentation to the POST Commission should the Advisory Board recommend an action on the officer’s license and will also represent members in the evidentiary hearing before an Administrative Law Judge on the suspension or revocation.

With the implementation of peace officer certification/decertification, it is another reason why Unit 7 peace officers should be full members in order to have access to representation benefits.  Scrutiny of the work performed by peace officers is at an all-time high and, in contrast to administrative hearings before the State Personnel Board on disciplinary appeals which are mandated to be confidential, hearings on licensing cases are open to the public.  There will be much litigation over the broad and vague definitions of a number of the categories of serious misconduct including abuse of power, bias and egregious acts.  Even assuming an officer’s employing agency may not have determined that an officer’s conduct supported their dismissal as a result of its investigation, if POST determines that the officer’s license should be revoked, it is a permanent bar to the officer working at any agency subject to SB 2.

Should any Unit 7 peace officer have questions regarding the impact of the legislation, please email kclark@cslea.com and CSLEA will respond to your inquiry. 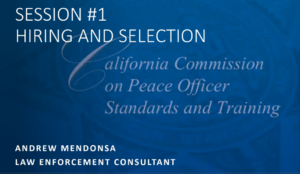 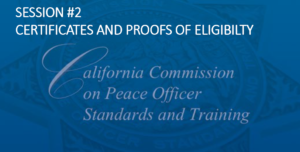 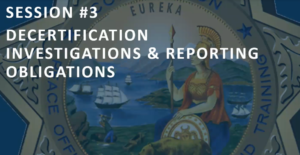