“Law enforcement officers are working diligently to tackle the tremendous amount of illegal cannabis cultivation that is taking place in California.  This illegal activity often is a danger to neighboring communities and to our environment.” – CSLEA President Alan Barcelona 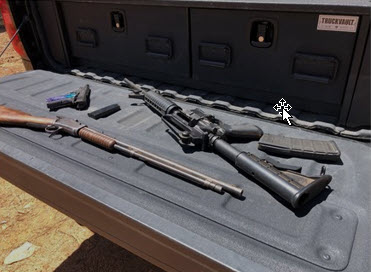 NEVADA COUNTY – On May 3, 2022, the California Department of Fish and Wildlife along with the assistance of the Nevada County Sheriff’s Office Special Investigations Unit, the Nevada County Cannabis Compliance Team and the California Water Resources Control Board, executed a search warrant at two adjoining properties located in the 10000 block of Sebastopol Road for illegal cultivation of cannabis as it relates to the negative impact on the habitat of nearby rivers, creeks, and seasonal streams.

Law enforcement officers contacted and arrested two people on the property. A third person fled into the heavily wooded area and an extensive search with a Fish and Wildlife K9 was conducted, however, the subject was not located. A search of the property led to the discovery of more than 14,500 marijuana plants that were being grown in 19 separate greenhouse type structures. A stolen handgun, multiple loaded firearms, two AR-15 style rifles and ammunition were recovered. There was also evidence that the cultivation was being maintained by numerous subjects based on the size of the property, numerous sleeping accommodations, various growing locations, and extensive irrigation systems.