“Converting homes into illegal marijuana grow houses in a residential neighborhood poses many different risks to the safety of neighbors and the community.  Community members are the eyes and ears of law enforcement and in this case, a citizen complaint led to the seizure of illegal plants and a stop to this illegal activity.” – CSLEA President Alan Barcelona 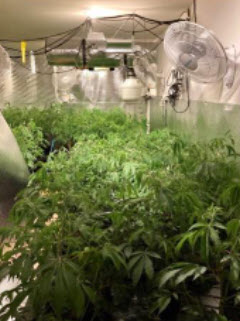 RIVERSIDE - During the month of April 2022, detectives with the Riverside County Cannabis Regulation Task Force (CRTF), received a citizen complaint regarding suspicions of marijuana growing at a residence on Attica Drive, located in the city and county of Riverside. Detectives investigated the allegations and believed the residence had been converted into a marijuana grow house.

On May 5th, 2022, CRTF detectives served a search warrant at the residence and confirmed it had been converted into a marijuana grow house. Riverside Public Utilities assisted with the warrant and confirmed the location had been utilizing an electrical bypass for the past two years and estimated the amount of the electrical theft to be almost $43,000 dollars. 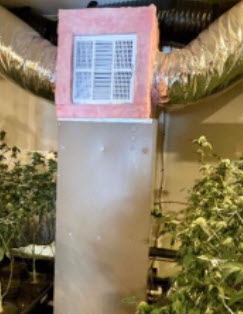 Detectives ultimately seized and destroyed more than 1,300 marijuana plants. Nobody was at the location during the service of the search warrant, but detectives have several suspect leads.

The purpose of the Cannabis Regulation Task Force is to protect properly licensed legal cannabis businesses and enforce regulatory requirements which protect the environment and consumers. Many of these illegal operations pose safety hazards to the public which include high risk of fire due to the electrical bypass, improper disposal of hazardous chemicals, exposure to mold, pesticides, carbon dioxide, and poor air quality.

The aim of the task force is not to shut down legally operating facilities, but rather to ensure fair business practices and keep criminal activity out of the legal cannabis industry and out of our communities. 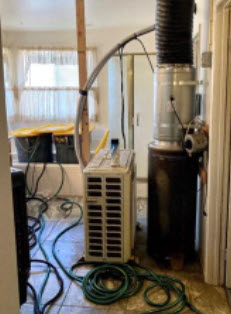 Agencies currently on the task force include the: