“CACI congratulates Detective Dominguez on his accomplishments and is proud to have assisted with his entrance fees as he entered this competition.  We are proud of all of our members who competed in the United Sates Police and Fire Championships.”– CACI President George Tiongson 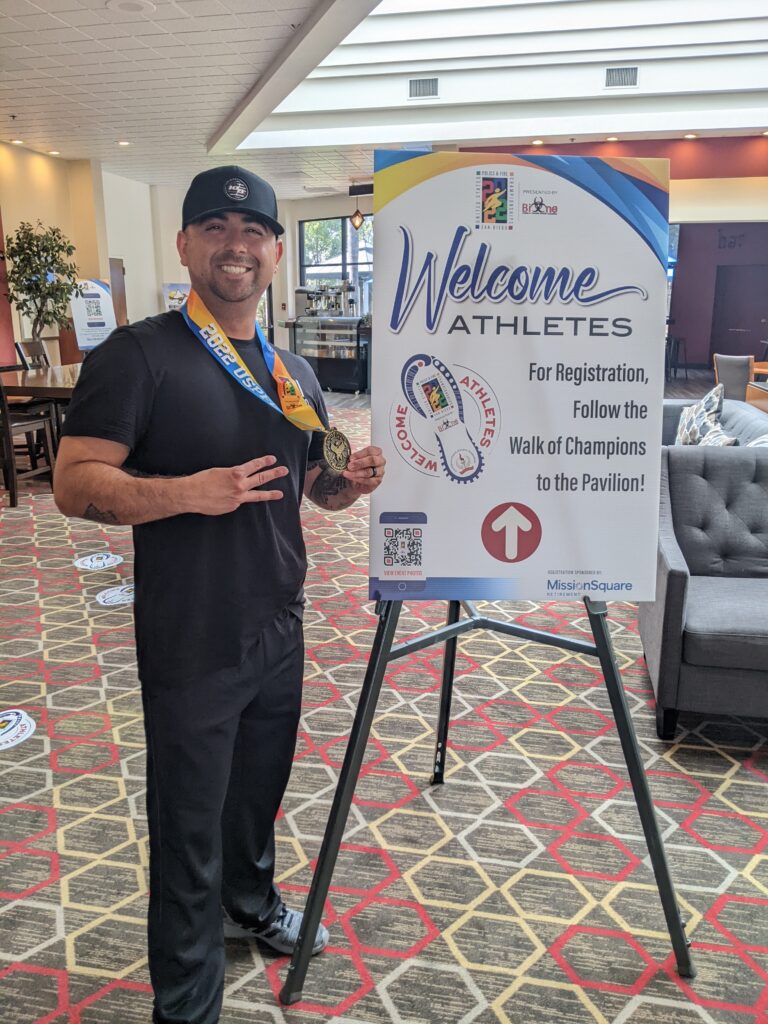 SAN DIEGO - Congratulations to California Statewide Law Enforcement Association (CSLEA) and California Association of Criminal Investigators (CACI) Member Gerardo Dominguez on his bronze medal win in the “Push-Pull” competition on June 15, 2022 at the United States Police and Fire Championships in San Diego.  The “Push-Pull” competition consists of two lifts; the bench press and the deadlift.

“I had an incredible time competing against other law enforcement and fire departments,” said Dominguez. “The competition was intense this year, but I am excited about my results! I placed 3rd in my age/weight division (181.4 lbs and under & 30-34). My best bench press lift was 286 lbs. and my best deadlift was 402 lbs. It was an honor to represent the California Department of Insurance (CDI) and our association. I’ll continue to train hard and look forward to representing CDI and CSLEA/CACI again next year!” 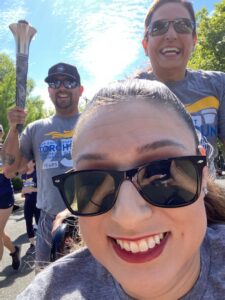 Dominguez is a CDI detective in Sacramento. He also just recently participated in a Law Enforcement Torch Run

“Always an amazing experience to participate in an event that supports such a good cause. I had the honor of pushing my cousin (who is in a wheelchair) throughout the 4-mile run, and we even got to hold the torch,” said Dominguez.

“We are very proud of our CSLEA members who represent law enforcement in such a positive and healthy manner.  Congratulations to Detective Dominguez, and thank you for being a positive influence among your peers and in your community,” said CSLEA President Alan Barcelona.