“CACI is proud to have assisted Storm Huie with his entrance fees as he is a fierce competitor and demonstrates a healthy approach to his life and career.  We are proud of his accomplishments.” – CACI President George Tiongson 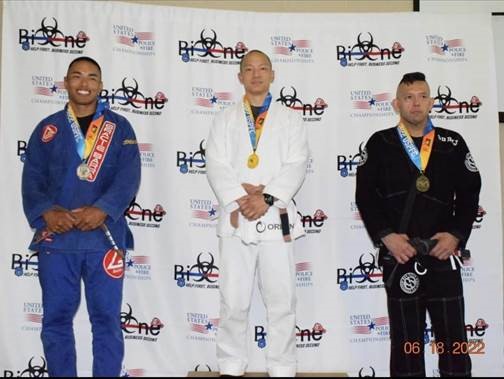 “A big thank you to my wife, son, friends, coaches, and training partners. Without their encouragement and endless patience, I would not have been able to achieve this 1st place result. Thank you to CSLEA and CACI for promoting lifetime fitness and encouraging me to compete. It is my hope that more members of CSLEA compete at the 2023 US Police and Fire Championships,” said Huie.

“Congratulations to Investigator Huie and all the competitors at the World Police and Fire Games.  They demonstrate a commitment to their health and to healthy competition,” said CSLEA President Alan Barcelona.