“Work done by California Department of Justice criminalists is truly the backbone of a lot of investigations and prosecutions.  These scientific professionals and the work they do have become one of the strongest, long arms of the law.  We simply wouldn’t have the evidence to identify suspects and obtain guilty pleas without their assistance,” – CSLEA President Alan Barcelona 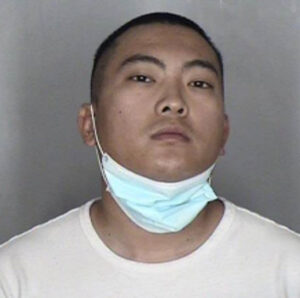 BUTTE COUNTY – On June 3, 2022, on the eve of his jury trial for his participation in a 2020 drive-by shooting that occurred at a Thermalito area home, Johnny Thao, 27, of Oroville, changed his previous not guilty plea and pled guilty to charges of assault with a semi-automatic firearm. A part of his plea, he agreed to a stipulated 12-year state prison sentence.

According to the Butte County District Attorney’s Office, the charges stemmed from a November 7, 2020 drive-by shooting at a home in the Thermalito area of Oroville. A 34-year-old Sacramento man who was visiting the home was struck in the back by one of rounds Thao fired.

The victim and several of his siblings had gathered at their mother’s house to celebrate a family birthday. While they socialized on the front porch, they noticed a white Honda Accord with several unknown individuals inside, drive slowly by the house multiple times. At 6:19 p.m., as the men were still outside the house, the Honda sped toward the house and seven shots were fired from the vehicle toward the house. One shot injured the 34-year-old victim in the back and exited through his chest. Three of the shots hit the house, with two penetrating the exterior wall and entering the home. Crime scene investigators found both bullets in a bedroom, near where several children had just been sitting at the time of the shooting.

Bullets recovered from the bedroom and shell casings found in the roadway in front of the residence were sent to the California Department of Justice Crime Laboratory for analysis. At the lab, criminalists were able to determine the caliber and type of firearm used in the shooting and provide investigators with a list of possible manufacturers of the firearm.

Investigators believed the shooting was the result of mistaken identity. Evidence showed Thao to be a long-time member of an Oroville area criminal street gang. One of the victim’s brothers, who had come to Oroville from out of the area for the birthday party, was believed to have been mistaken by Thao for a rival gang member and was the actual target of the drive-by shooting.

Following his guilty plea, Thao was remanded from the courtroom to be transported to state prison. The judge also ordered that restitution for the medical expenses for the victim and for the damage to the home and vehicles be determined so that Thao can be ordered to pay.