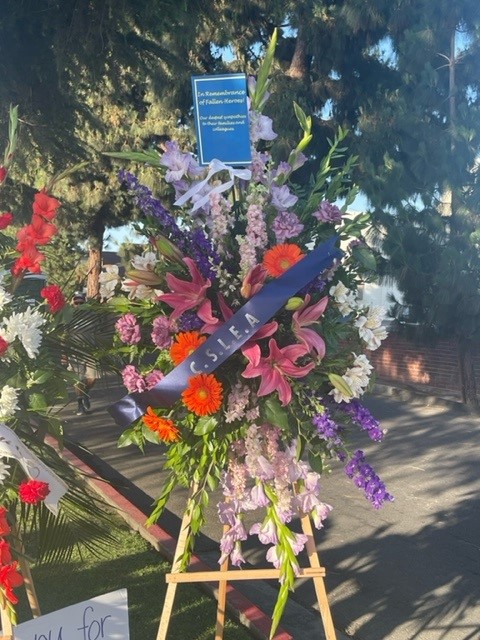 EL MONTE – As a state program representative working out of the South El Monte Field Office, I am often in the City of El Monte in a work capacity or simply to enjoy the city’s many restaurants. Sometimes I simply drive through on my way from place to place. I did not know Sergeant Michael Paredes or Officer Joseph Santana, the two city police officers killed while responding to a woman’s emergency call for help.  My interactions with the El Monte Police Department have been limited to contact with patrol officers who assisted in the service of search warrants or those who controlled traffic during an operation.  As a result of these interactions in El Monte, I am familiar with the difficult situations that have sometimes plagued the city, but El Monte also has a fierce streak of independence and a culture all its own. 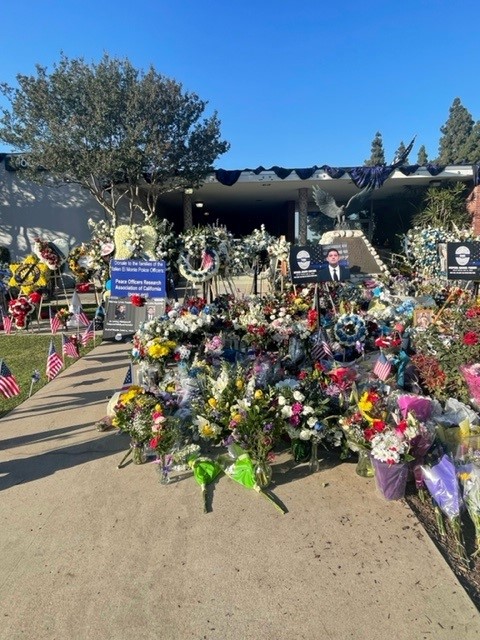 On June 17, 2022, I sheepishly added a union sponsored wreath to the growing number of bouquets, flowers, and cards at the El Monte Civic Center, all placed below large photos of Sgt. Paredes and Officer Santana.  As I looked upon the mementos sent by citizens, school students, scout troops, police departments, fire departments and other law enforcement unions, I felt a deep sense of humility. These mementos contained bittersweet expressions of remorse, sadness, and sorrow; but the most touching aspect of my visit to the memorial was not the flowers or the beautifully worded placards, it was the people. People from every race, color, creed, and background. People who took the time to stop and pay respect for the fallen police officers. Some prayed, some shed tears, some took videos while others photographed the outpouring of love and support.  It was the ordinary people of El Monte that paid their respects to their fallen protectors, the same people we, as public safety employees, all serve.

My thoughts continued. We in law enforcement know what we sign up for and we know the chance of not making it home is always a possibility.  Perhaps today we should all hug our loved ones a little tighter and spend more time with those we care about. Although these two brave fallen officers will never walk upon the streets of El Monte again, their sacrifice saved a life! My hope is their heroic actions, sacrifice, and selflessness will be remembered and their memory will help to assuage the pain and sorrow felt by their colleagues and loved ones.