“We are grateful to the law enforcement officers who put their lives at risk while attempting to stop dangerous individuals who were evading peace officers and putting the community at risk.  We are thankful no officers were hurt in the exchange of gunfire and thank all who are investigating this incident.” – CSLEA President Alan Barcelona

HUMBOLDT COUNTY – The California Department of Justice is currently assisting the Humboldt County Critical Incident Response Team in its investigation into a pursuit and officer involved shooting in Eureka on July 20, 2022.

During the investigation, law enforcement located evidence indicating the discharge of a weapon on the 5000 block of Vance Avenue and the 3300 block of Utah Street. 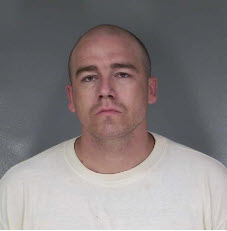 The primary suspect, who is believed to have fired numerous times at pursuing peace officers, has been identified as Jared Eli Aubrey, 32, of Eureka.  According to the Humboldt County Sheriff’s Office, Aubrey is on parole for multiple firearm possession convictions, in addition to convictions for assault, battery and the sale of controlled substances. Aubrey was a passenger in the suspect vehicle during the incident. According to investigators, it is believed Aubrey used an AK 47 variant semi-automatic rifle with a detachable high-capacity magazine during this incident. The firearm was recovered at the scene of the traffic collision where the pursuit concluded on Buhne Street and Harrison Avenue.

Following the traffic collision, Aubrey was taken into custody and booked into the Humboldt County Correctional Facility on charges of attempted murder, felon in possession of a firearm, and violation of parole. 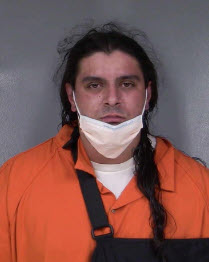 The driver of the vehicle, Darrike Miles McKeown, 27, of Eureka, is also on parole for a vehicular manslaughter conviction and was found to have an active warrant for violation of this parole. McKeown was injured as a result of the traffic collision. He was transported to a local hospital for medical treatment and then was booked into the Humboldt County Correctional Facility on charges of evading a peace officer and violation of parole.

Additional charges may be requested by investigators for both McKeown and Aubrey pending the results of the ongoing investigation.

A third occupant of the vehicle was detained, interviewed and released at the scene.

Two sheriff’s deputies involved in the incident have been placed on routine paid administrative leave pending the outcome of the investigation.

The Humboldt County Sheriff’s Office expressed gratitude to the following agencies for their assistance with this investigation: 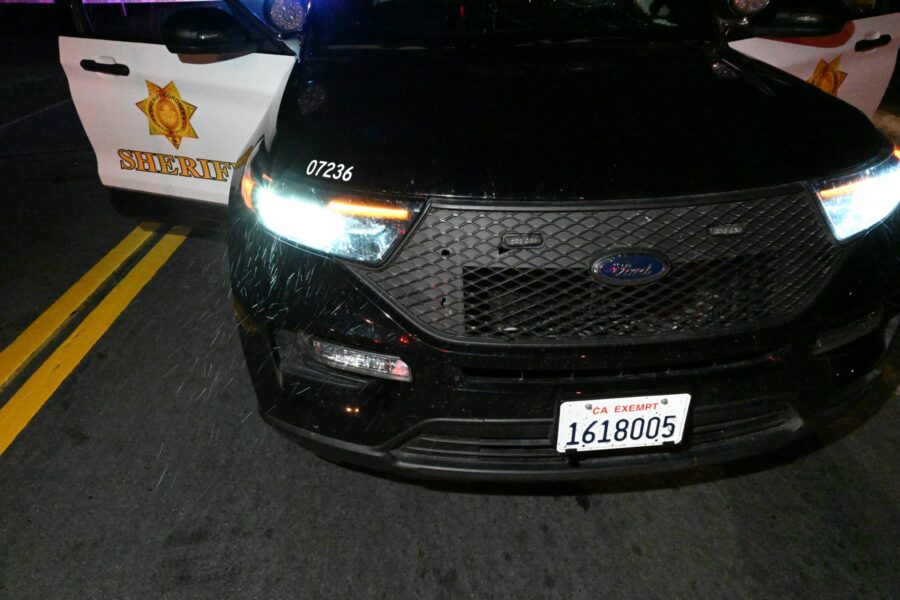 Damage to patrol vehicle as a result of the suspect shooting at deputies.