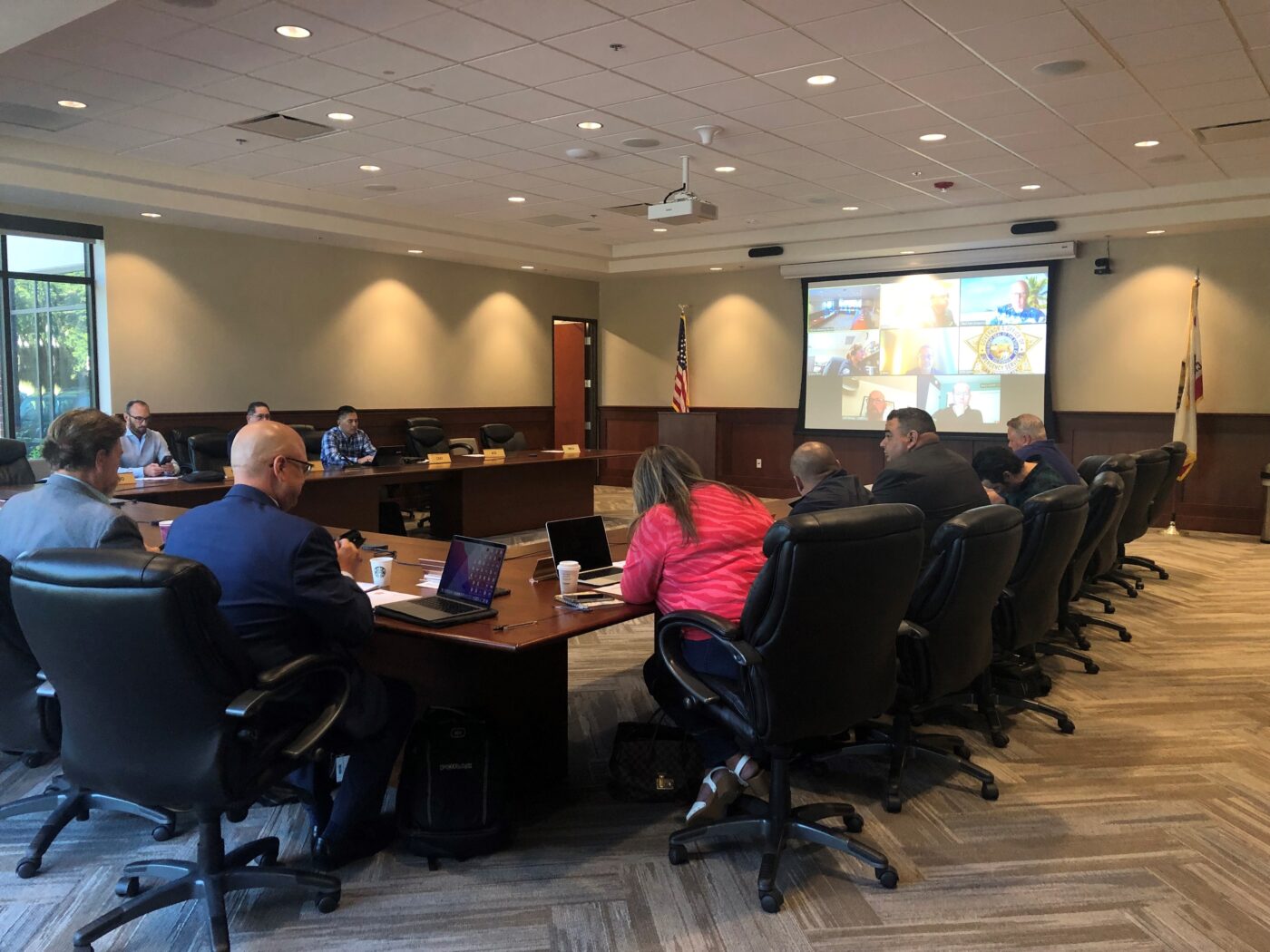 SACRAMENTO - On June 29, 2022, the California Statewide Law Enforcement Association (CSLEA) Board of Directors met at CSLEA headquarters to discuss union business at its second quarter meeting.  Business topics included: (in order of presentation)

“This was an opportunity for us to discuss at length with CSLEA directors, the process of negotiating for the $1,500 pandemic-related bonus that eligible state employees in Bargaining Unit 7 will receive - and to explain that the federal pandemic-related money that California got, money that many essential workers expected and/or hoped to see in their paychecks had already been spent,” said CSLEA President Alan Barcelona.  “Despite that, we pressed for negotiations, a side letter, and for what we could for our CSLEA members.”

(More information on the pandemic-related bonus discussion can be found below.)

Legislative & Political Reports: CSLEA Political Consultant Peter Mitchell updated the board on primary elections, the political climate including Supreme Court rulings, 2024 presidential scenarios, issues impacting voters, including crime, homelessness, drought and the economy. CSLEA Legislative Consultants Shane LaVigne and Jennifer Roe updated the Board on CSLEA-sponsored legislation as well as other items being considered at the State Capitol that could impact public safety and public employees.  The legislature will break for summer recess and reconvene August 1st.

CSLEA President Barcelona stressed to directors that, “The work that goes into obtaining and retaining pensions, salary increases, and other benefits for state employees whom we represent is constant and takes much work by our attorneys, this Board, and our staff.  Every state employee should share in financially supporting their union and the work it does to protect and elevate.  That’s our job, that’s our focus and it takes money to operate successfully and with impact.”

Pandemic Related Bonus:  CSLEA Chief Counsel Clark presented to the board the negotiations that occurred with the State as it pertained to a pandemic related bonus for employees assigned to Bargaining Unit 7.  He emphasized that the federal funds California received to assist during the pandemic had been spent and the money simply wasn’t there to draw from.  He requested that the State provide where the federal money went and the State provided “State Coronavirus State Fiscal Recovery Fund Awards and Expenditures for the Period of March 3, 2021 Through March 31, 2022”.     In negotiations, CSLEA stressed the importance of recognizing the law enforcement, public safety and consumer protection professionals it represents for their pandemic-related work and pressed for a bonus much higher than the $1,500 that was finally agreed upon by both parties.  After much discussion, the CSLEA Directors voted unanimously to approve a Side Letter making the pandemic related bonus tentative agreement, official.

“The number of applications we received this year is lower than most years, we usually receive in excess of 40,” said Ehrman.  “We look forward to awarding eight deserving students a thousand dollars each.”

CSLEA Unit A Vice President and AMVIC President Dr. Kenneth Ehrman: “This was a very productive day working with the CSLEA Board of Directors to ensure the rights of our membership are protected.”

CSLEA Director and CACI President George Tiongson: “We are always cognizant of global and local affairs and we always work to protect our benefits and look for additional ways to lift our benefits.  I am very thankful for the effort to get us the $1,500 the negotiations committee worked on.  Our focus will be on future contract negotiations for our next contract.  CACI members, please send me, or your CACI Directors, proposals for the next contract.”

CSLEA Director and COLRE President Enrique Razo - “A special thanks to our legal counsel and negotiation team for the utmost dedication to the entire organization.  I am convinced that without representation, this pandemic related bonus would not have occurred.”

CSLEA Director and Association of Deputy Commissioners President Marcus Nenn – “It was gratifying to see the CSLEA Board and expert staff spend an entire focused day on member benefits and working conditions.  No one is resting on past accomplishments given the challenges that may arise down the road.”

CSLEA Director and California Association of Food & Drug Investigators President Joel Lambert -“Thanks again to Alan Barcelona and Kasey Clark for their leadership and guidance. Many important decisions were made at today’s meeting. Kasey and Alan were able to provide thorough information and that allowed us to make educated and thoughtful decisions. I look forward to the future of CAFDI and CSLEA.”