“Criminal investigations can be like puzzles and, with their science in hand, California DOJ criminalists go to work putting all the pieces together.  It took decades to solve these cases but it was finally done with the work of law enforcement officers and their criminalist  partners at California DOJ,” – CSLEA President Alan Barcelona 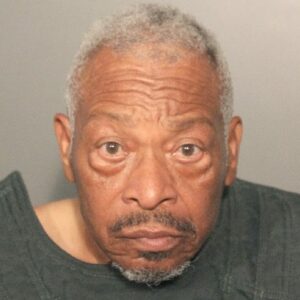 FAIRFIELD – On July 19, 2022, James Ray Gary, 76, of Fairfield was arrested in connection with multiple homicides in Northern California that spanned more than three decades.

In July of 1980, Latrelle Lindsay, 46, was found dead inside a home in Union City. Her cause of death was determined to be asphyxia due to strangulation associated with blunt force injuries. She had also been the victim of sexual assault. At the time, no suspects were identified. A DNA sample was later sent for entry and search in a law enforcement database, but no match was made.

In March of 1996, Winifred Douglas, 46, was found dead in bushes on Highway 780 near Laurel Street in Vallejo (Solano County). Her cause of death was determined to be asphyxia and blunt force trauma to the head and neck and was ruled a homicide. At the time, no suspects were identified.

In 2003, evidence from the Solano County homicide with possible DNA was sent to the California Department of Justice (DOJ) for DNA analysis. A single DNA profile was found, but when loaded into the FBI’s DNA database, no match was made.

In 2012, the Solano County Sheriff’s Office was informed that the DNA profile from the Solano County homicide matched a piece of evidence from a Union City Police Department homicide from 1980. However, still no suspect was identified.

Earlier this month, the Union City Police Department and the Solano County Sheriff’s Office were notified that the DNA profile identified from their two cases, also matched a sex crime investigated by a North Bay Police Department in 2021. Detectives were able to identify a possible suspect from this newest case.

Further investigating, detectives were able to collect a DNA sample from 76-year-old James Ray Gary from Fairfield. This newly obtained DNA sample was submitted as comparison to the already identified DNA from the three crimes.

On July 18, 2022, investigators were notified that the submitted DNA sample from Gary matched all three crimes mentioned above. A warrant was obtained for his arrest and to search his home.

Gary was arrested on July 19th and later booked into Solano County Jail for homicide and is being held without bail. Additional charges are expected to be filed in connection with Union City’s 1980 homicide.

The Solano County Sheriff’s Office is grateful for the cooperation between its office and the Union City Police Department and the California Department of Justice.