“These undercover stings target those who are contracting without a license which puts consumers at risk and hurts licensed contractors.  In addition, unlicensed contractors have not passed a state background check which includes criminal history.” – CSLEA President Alan Barcelona 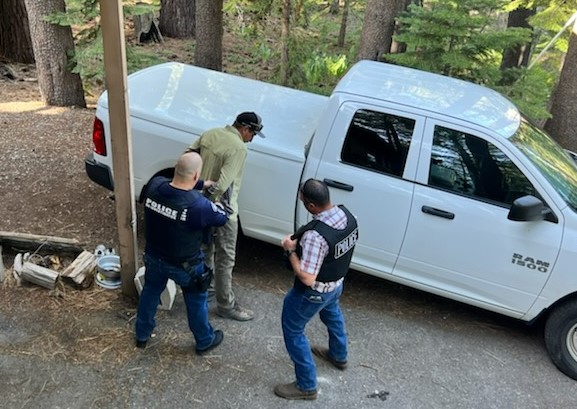 The agencies conducting the sting included the Contractors State License Board (CSLB), the California Department of Insurance (CDI), and the El Dorado County District Attorney’s Office.

The sting attracted nine suspected unlicensed contractors, seven of whom were cited for contracting without a license along with other various business and professions code violations. The highest bid amount was $15,000 for a deck replacement. Two of the suspects had outstanding felony warrants and were booked into the El Dorado County Jail.

The sting operation was conducted following a complaint from a licensed contractor who is losing business to the underground economy.

The sting operation focused on unlawful activity involving construction and home improvement work by unlicensed contractors. Unlawful activity includes advertising for work that would require a contractor’s license; acting in the capacity of a contractor without a license; excessive down payment in excess of $1,000 or 10% of the contract amount, whichever is less; unlawful use of or misrepresentation of a contractor’s license belonging to another; and using employee labor without workers’ compensation insurance.