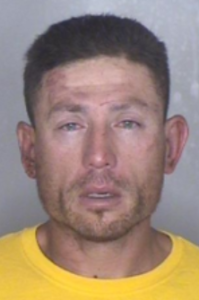 BUTTE COUNTY- On August 4, 2022, convicted serial killer Ryan Scott Blinston, 38, of Oroville, who operated in Butte and Tehama Counties was sentenced to three life terms without the possibility of parole for murdering three people, plus two more life terms for attempting to murder two others.

A jury found Blinston guilty on May 17, 2022. Blinston committed his crimes in both Tehama and Butte Counties over about a three-week period in May and June 2021. He was found guilty of:

“This convicted murderer was on a heinous killing spree and being investigated by detectives in two counties.  It was the work and observation of one very attentive California Department of Justice crime lab professional who linked the cases together and as a result, California DOJ notified the investigative agencies that they were likely looking for the same individual,” said California Statewide Law Enforcement Association (CSLEA) President Alan Barcelona.

Blinston worked for a tree-trimming service and was part of a work crew at the Los Molinos home of Loreen Severs, 88, and Homer Severs, 91, on May 18, 2020. After the job was completed, cellphone GPS evidence showed, Blinston returned to the Severs’ home on the evening of May 22, 2020 before returning to Oroville. On May 23, 2020, Blinston went back to Los Molinos, killed Loreen and attempted to kill Homer after forcing his way into their home. Both victims had their throats cut. Homer survived the attack, but later died of an unrelated illness in December of 2020.

Blinston was again part of a tree-trimming work crew that serviced the home of Sandra George, 82, in Oroville on June 4, 2020. After the work was completed and the crew left, Blinston returned alone to George’s home and killed her. As with the Severs, her throat was slashed inside her home.

On June 6, 2020, Vicky Cline, 57, an acquaintance of Blinston, was last seen alive with him in downtown Oroville. An arson fire destroyed Cline’s car later that night. Blood and DNA evidence on and in Blinston’s car was forensically matched back to Cline. Her body was later discovered by a fisherman in the Feather River near Belden on June 21, 2020. Damage to her throat was consistent with the other victim murders.

On June 14, 2020, Blinston attempted to murder a 50-year-old man in the man’s Brush Creek motorhome.  Coincidentally, a Butte County Sheriff’s SWAT team was approaching the scene to arrest Blinston for the Cline arson.  Information had been developed that Blinston was staying on the property with a 50-year-old male resident. As the team approached the motorhome, they heard the muffled screams of a man inside and loud banging on the outside of the motorhome. The banging turned out to be Blinston attempting to get into the motorhome with a hatchet. The motorhome resident later told officers he was asleep in his bed when Blinston suddenly attacked him and cut his throat. The resident was able to kick Blinston out of the motorhome and lock the door, but Blinston was attempting to get back in the motorhome when the SWAT team coincidently arrived. Blinston attempted to run into the woods but was captured by the SWAT team. The resident was tended to by the team’s medic and taken by helicopter to a local hospital and survived the attack.

During the trial which began on May 2, 2022. Butte County Deputy District Attorneys Niels Bringsjord and Mark Emmons called 35 witnesses to testify against Blinston including experts in DNA and cellphone GPS technology, as well as forensic pathologists and an anthropologist. Hundreds of pieces of evidence, including photos, diagrams, surveillance videos, phone data, and business records were presented to the jury. Blinston did not testify.

California DOJ labs in Redding, Chico, Sacramento and the Central Valley collected and/processed evidence in these cases.  The California Statewide Law Enforcement Association and the Association of Criminalists-DOJ (AC-DOJ) would like to thank its members who work at California DOJ and participated in this investigation including Senior Criminalists:

“It is a privilege to get to work with and represent such smart, dedicated AC-DOJ members,” said AC-DOJ President Sara Penn.