“This legislation has been two years in the making and has been overwhelmingly supported by legislators in the Assembly and Senate.  It is an important step to getting our Bargaining Unit 7 first responders any assistance they may need with PTSD. We thank our bill’s author Senator Henry Stern (D-Malibu) and all those who have worked so hard to get this to the Governor’s desk.  We respectfully request the Governor’s signature in recognition that the work our first responders do can most certainly take a serious toll on their mental and physical health.” – CSLEA President Alan Barcelona 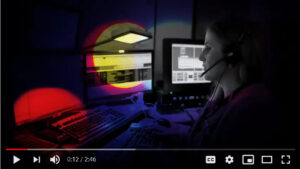 “Senator Stern has been incredibly supportive of our first responders and the public safety work that our CSLEA members do, he 100% recognizes the traumatic stressors of their profession and that first responders are real people who go home to families and on occasion, may need some assistance of their own.  We need to stand up for the people who stand up for us, and that’s what SB 284 does,” said CSLEA President Alan Barcelona.

“First responders, which include public safety dispatchers and operators, have a very rewarding career but it can most definitely result in post-traumatic stress disorder,” said Brazil. “When that happens, we need something for our first responders that will help them. If their PTSD symptoms overwhelm their physical and/or mental well- being, we must care for them as they have cared for so many in need of emergency assistance.”

SB 284 addresses Workers’ Compensation relating to a Post-Traumatic Stress Syndrome (PTSD) presumption, by simply adding additional first responders in California to the list of those who are already covered by the workers’ compensation system in this regard.

Under SB 284, Section 3212.15 of the Labor Code would be amended to include public safety dispatchers, operators and emergency communication employees, as well as all State Bargaining Unit 7 peace officers and fire fighters.

CSLEA and CHP-PSDA invite you to view two powerful videos that provide a real feel of what it is like to work as a public safety dispatcher and the stressors of their jobs: